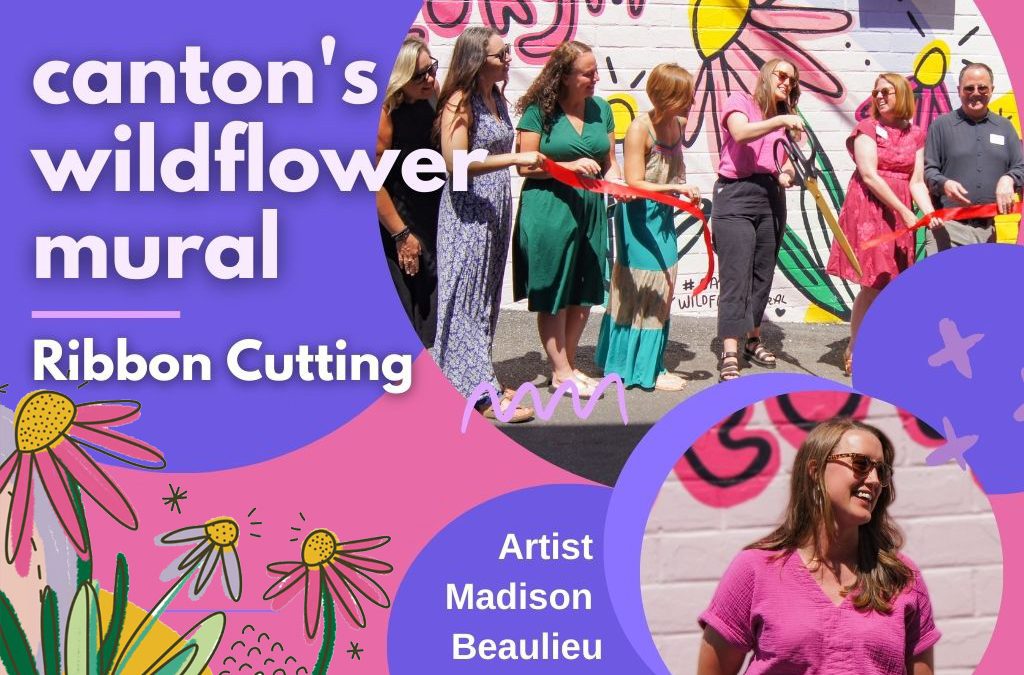 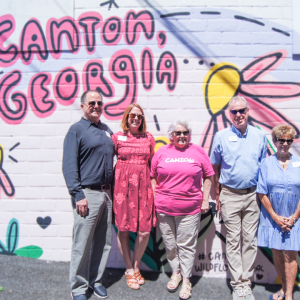 Downtown Canton just got a lot more colorful! The City of Canton, Canton Cultural Arts Commission, and Thrive Coworking partnered with artist Madison Beaulieu to bring a bright and whimsical mural to Lee Street. On June 21, Madison, Mayor Bill Grant, members of the city council, and a host of other supporters gathered to celebrate Canton’s newest mural. The Canton Cultural Arts Commission [CCAC], currently in its first year, was established in an effort to build community and connectivity through a sustained effort to celebrate arts of all kinds in Canton.

The CCAC has another mural project in the works as part of Harmon Park’s renovation project. The commission also hopes to install sculptures in Canton’s parks, trails, and downtown areas as pieces of public art for residents to enjoy.

Artist Madison Beaulieu received support from family and friends during the painting process and at the Ribbon Cutting. Madison shared that during the six-to-eight week project she would often wake up early to get started on the mural before downtown Canton began bustling during the day. In addition to working on the mural and being a mom of twins, Madison is also the creative mind behind Beau Paper Co. 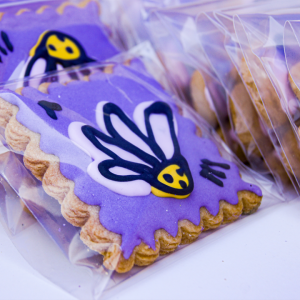 The project and event were sponsored by CCAC, City of Canton, and Thrive Coworking. Ribbon Cutting attendees enjoyed sweet treats from Bananas & Beehives including this work of culinary art. The Flower Shoppe by 89th & Autumn provided flowers for the event and lunch was provided by the Canton Police Department. Councilmember Brooke Schmidt and The Flower Shoppe’s Jessica Namynanik handed out flowers to everyone who wanted a picture in front of the mural. Located at the corner of North Street and Lee Street, the colorful mural has been a popular spot for selfies and pictures. Share yours with #cantongawildflowermural!

Learn more about murals throughout Cherokee County by reading our article from the archive, Murals: A Sight to See by Rebecca Johnston.