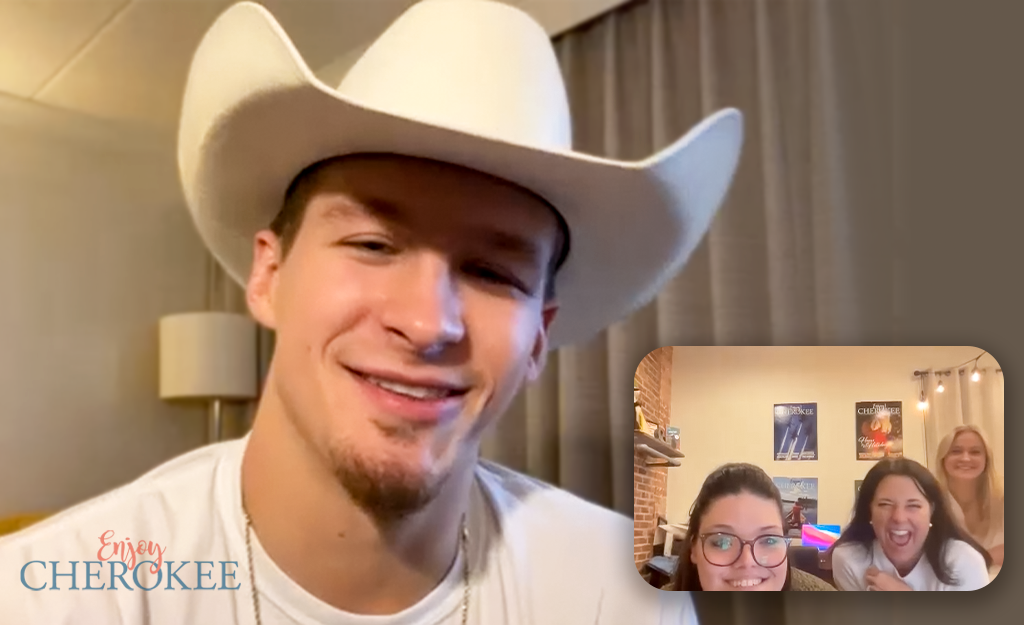 CANTON, GA (Dec. 14, 2022) – Last night Cherokee County native Bryce Leatherwood was crowned champion of NBC’s The Voice season 22.  Earlier today Enjoy Cherokee was granted an exclusive interview with Bryce. Keep reading to see what Bryce had to say today then listen below to hear our chat. 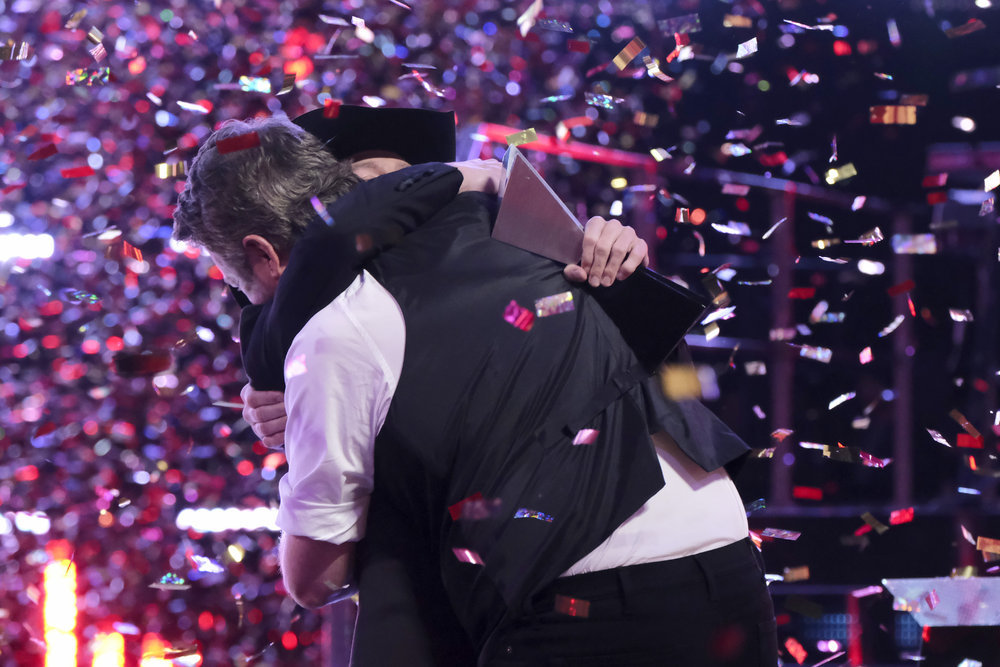 BRYCE: Thank you so much, I’m just so happy to be able to make Cherokee County proud and all of Georgia proud.

Looking back, now that the season has wrapped up, of your performances, which one was your favorite?

JAYE GRIMES (Managing Editor, Enjoy Cherokee Magazine): You absolutely have. Congratulations, we’re so excited for you. I mean, wow. (laughs) As excited as we are, we can’t even imagine how you feel, I mean, we are just so, so excited and we really, really appreciate you for making this happen–thank y’all so much. I got some questions for you, I know you’re probably tired so we’ll do our best, okay? Looking back, now that the season has wrapped up, of your performances, which one was your favorite?

BRYCE: Wow, you know, I think the one that impacted me the most would have to have been “If Heaven Wasn’t So Far Away.” That was the most powerful performance I think I’ve had on the season. I think besides that one, the most fun I’ve had on stage was with “T-R-O-U-B-L-E”…

BRYCE: Yeah, that was my favorite probably, for the most fun.

JAYE: And on both of those, we saw lots and lots of comments about those. 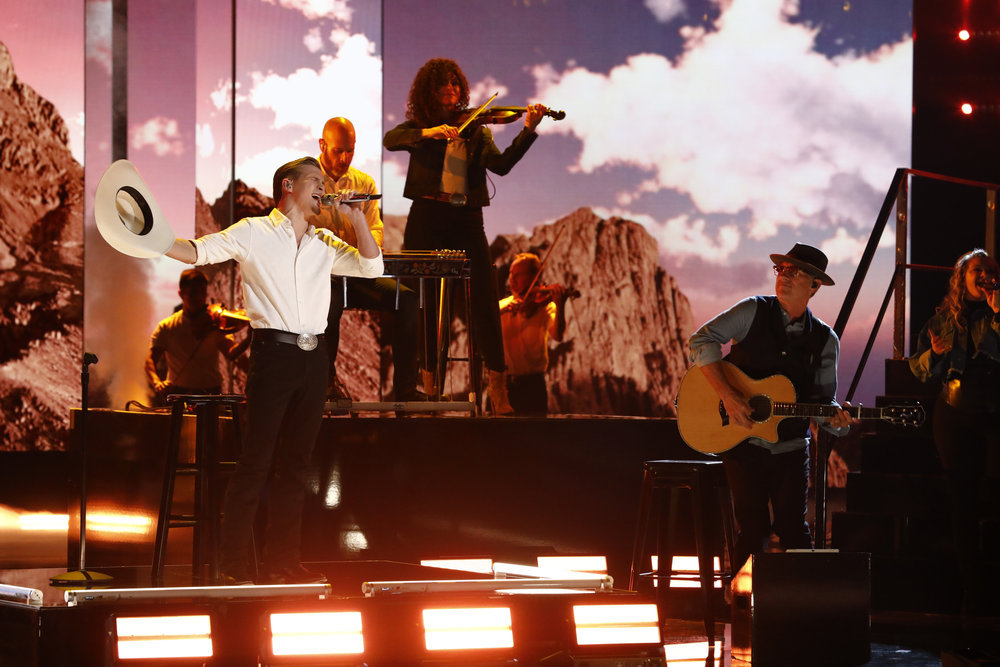 Did you get any sleep last night?

JAYE: Did you get any sleep last night?

BRYCE: I did not. I probably got about two and half hours of sleep and I’m ready to relax for the rest of the afternoon and not do too much but relax, and sleep. (laughs)

JAYE: Good, we hope you get that chance.

BRYCE: He’s doing good, you know, he came to the show and he got to see it live and he was moved by it. And he was just happy to be there as a part of the experience. He’s doing great.

How’s your mom and dad doing?

Bryce shares that mom Hope and dad Cliff recently headed back home to Georgia after joining him in California for the finale. Jennifer shares her daughter Hannah’s excitement over Bryce’s win last night and says goodbye to Bryce…

What about your Georgia roots do you feel like you will take with you when you go across the country and across the world?

JAYE: Here’s a question, what about your Georgia roots do you feel like you will take with you when you go across the country, across the world now?

BRYCE: Well, I think, first off, is being humble, being a true southern gentleman which means being kind, polite, humble, and respectful. And I was taught that way from my mom and dad and from my grandparents, and I think that’s the only way I’m ever gonna be, so from my Georgia roots, I think being a true southern gentleman is the only way I’m gonna go about doing life.

JAYE: Well, I had the opportunity to meet your mom and dad, and I can tell that’s definitely how you were raised. They are so, so sweet.

BRYCE: Yes, they are.

Which piece of advice from Blake Shelton has stuck with you the most?

JAYE: Question about your coach: which piece of advice from Blake [Shelton] has stuck with you the most?

BRYCE: Well, I’ve said this on multiple occasions and I think it’s the truth, is that he’s told me to be myself and be nothing else, so… And he’s been such a great mentor to me, you know, he’s truly been a friend, and we’ve laughed a lot, we’ve cut up a lot. He’s made me grow a lot. I’m just very blessed to say I’m a friend of Blake Shelton’s.

JAYE: He sounds like a really fun friend too.

BRYCE: He is, great time.

JAYE: I heard y’all have bonded over a lot of that, like classic country music, the 90s country and beyond – what’s like the favorite song for the two of you, that you’ve kind of bonded over?

BRYCE: Man, really it was “T-R-O-U-B-L-E.” … It was a song that he grew up singing in bars when he was coming up in the nineties, and that’s a song that I’ve been singing on stage at MadLife and in Statesboro, Georgia. I’m just super proud to say that we kind of had that same connection, so we really bonded over that song and I’m just very proud to say that I made him proud. 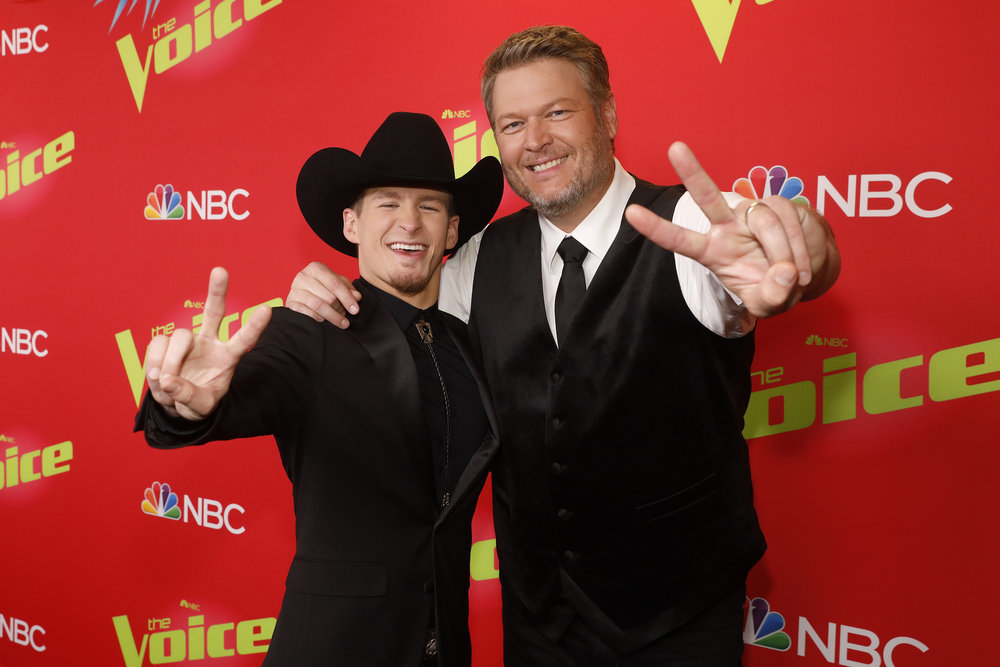 Who in the music industry would you most like to have a songwriting session with?

JAYE: Who in the music industry would you most like to have a songwriting session with?

BRYCE: Ooh, a songwriting session, okay… you know, I’ve loved Cody Johnson‘s style of writing with, like, “By Your Grace,” I think that was, that’s one of my favorite Cody Johnson songs. But I’d love to write with Cody, I’d love to write with HARDY, cause, man, he’s writing so many great songs for Morgan Wallen and a ton of artists, including Blake Shelton with “God’s Country.” And he’s just an incredible writer and is so gifted and talented. You know, there’s a whole slew of artists, I could go on for days. Anyone who’s willing to write with me is a friend of mine, so I’m down with anything like that.

Can we expect any local shows anytime soon?

BRYCE: Oh absolutely. I’m trying to, of course, gonna come back home and relax, but then step on it full gear. So whatever that looks like with getting in the studio, going to Nashville, coming back home for some shows, giving back to my community cause y’all have done so much for me and I’m just super proud to be representing Cherokee County and all of Georgia.

JAYE: Well, you have done it so well. You really have from the very get-go. We’re gonna let you go get that rest. Thank you so much for taking the time to talk with us. We’re really excited that we’ve gotten to tell your story and we’re excited to keep sharing it.

BRYCE: Well, I’ll be back home soon so I hope to see y’all soon!

JAYE: We look forward to it!

We’re collecting congratulatory messages to share with Bryce Leatherwood and the Leatherwood family. While many of us have been sharing our congrats online, we’re hoping to do something a little extra special with your submissions. If you know Bryce personally, there’s even a spot to upload your favorite picture together with him. Visit our Google form to submit your personal message for Bryce. Entries must be received by Thursday, December 15 at 11:59 PM/EST.