Paddle On with Caleb Guy 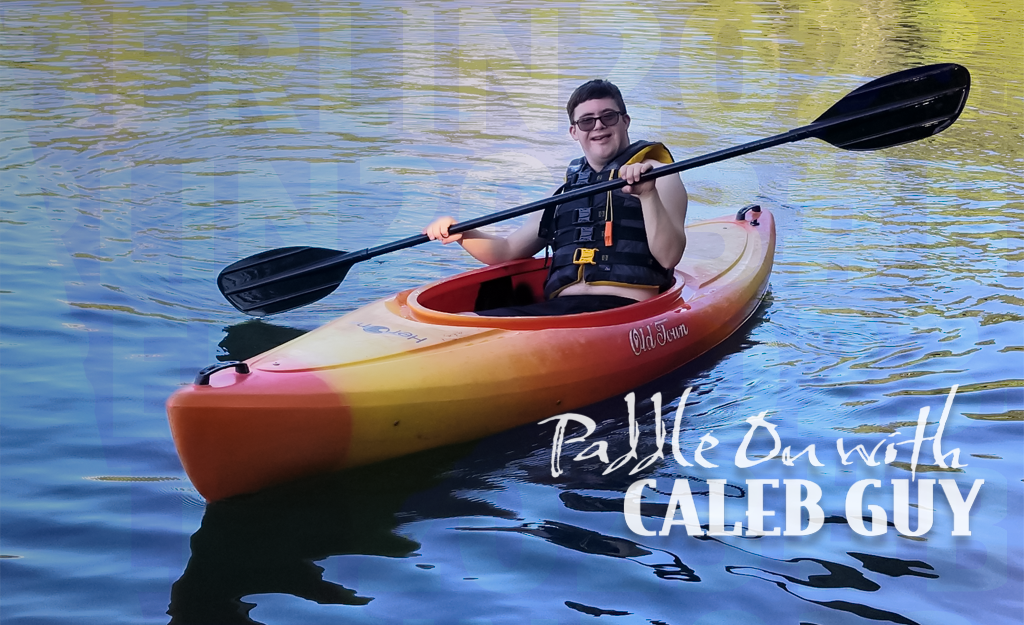 When Mollie Guy saw information about kayaking on the Cherokee County Special Olympics Facebook page, she thought the activity might be good for her son, Caleb. She signed him up with no idea how that decision would change their lives.

“We just jumped in,” Mollie says of learning there were spaces available in the Special Olympics kayaking program. Although Caleb had no idea what his mother was planning and no experience kayaking, he was a good sport about trying the new activity.

Caleb’s father, Chris, however, wasn’t as sure. Knowing that Mollie is more of a risk-taker, he says he “prays a lot” before going along.

Mollie’s snap decision led to one of the greatest triumphs in Caleb’s life: he is one of five kayakers competing for Team USA in the 2023 Special Olympics World Games in Berlin, Germany. Caleb is the only male Team USA athlete in the kayaking event. Also representing Georgia in kayaking is teammate Raven Allen of Augusta. 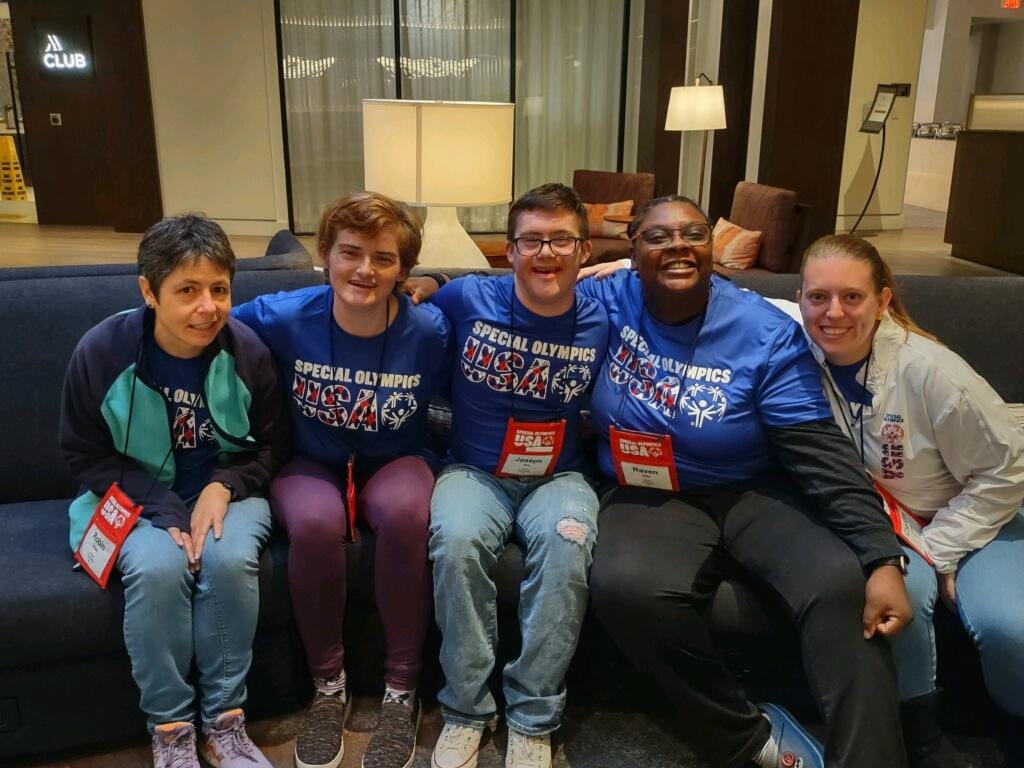 About participating in the Special Olympics World Games, Caleb says, “I’m excited because I want my friends to watch me on TV—and my parents.”

In 2020 Caleb joined the Crazy Cayakers team in its inaugural year “full of enthusiasm to learn all about kayaking,” his coach, Erin Fox, remembers. “He quickly picked up the sport.” She tells how he and his first partner, Brady Abramson, kept paddling into shore at the wrong angle and getting stuck in the weeds. “It took them a minute, but they used teamwork to reverse their way out.” 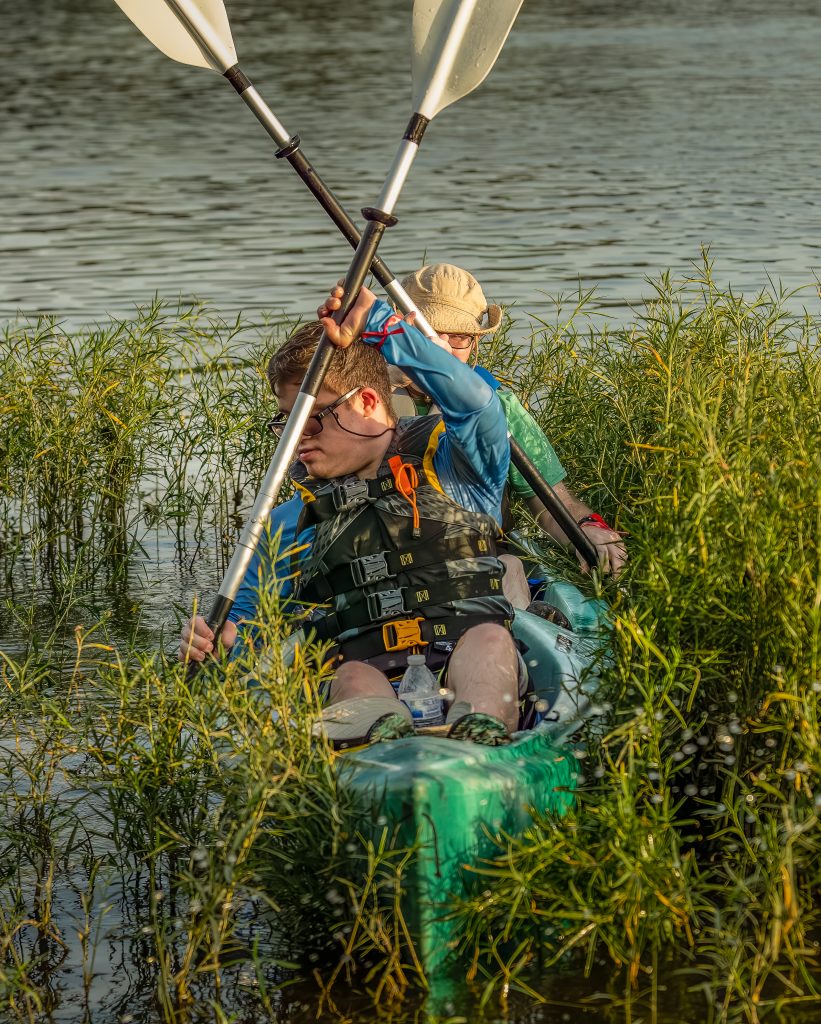 Teamwork saves the day! Coach Erin Fox recalls how Caleb and his first kayaking partner, Brady Abramson, kept paddling into shore at the wrong angle and getting stuck in the weeds. She says, “It took them a minute, but they used teamwork to reverse their way out.” (Photo Credit: David Vaughn/SuperDavesPhotos.com)

Caleb says that participating in the Crazy Cayakers taught him how to work with a team. “My team is great, and we learn lots of skills,” he says proudly.

Caleb understands the importance of taking suggestions from his coaches to improve his skills and gets genuinely excited for every teammate that does well. Caleb often comes to the aid of teammates who need a positive word. He laughs enthusiastically as he repeats his daily mantra: “We learn not to quit.”

Coach Fox adds, “He brings a lot of energy to our practices and makes friends everywhere he paddles. Having Caleb on the team is an absolute joy. He always has a smile and ‘hello’ for everyone.”

Caleb has developed a strong upper body and excellent core rotation, which helps him with his paddling. Even more importantly, Coach Fox shares how much Caleb loves being on the water and says he is an eager learner, a trait that helps in the evolution of his skills. “Caleb continues to practice a new skill until he has mastered it,” says his coach, who also stresses that Caleb focuses on water safety and always ensures that his life jacket is on properly and securely.

“I think his chances of bringing home the gold are very high,” Coach Fox says, “because he sets a goal and keeps working until he attains it. I know he will make America proud in Germany.”

“Let me win. But if I cannot win, let me be brave in the attempt.”

Dave further explains, “Our Cherokee County programs provide fourteen sport opportunities for our community members with intellectual disabilities. We have athletes competing with us ranging in ages from eight to over sixty.” The organization is entirely made up of volunteers and a fee is never charged for athletes to participate and compete. “We rely on donations, and 100 percent of money raised is used to support our programs and athletes.” 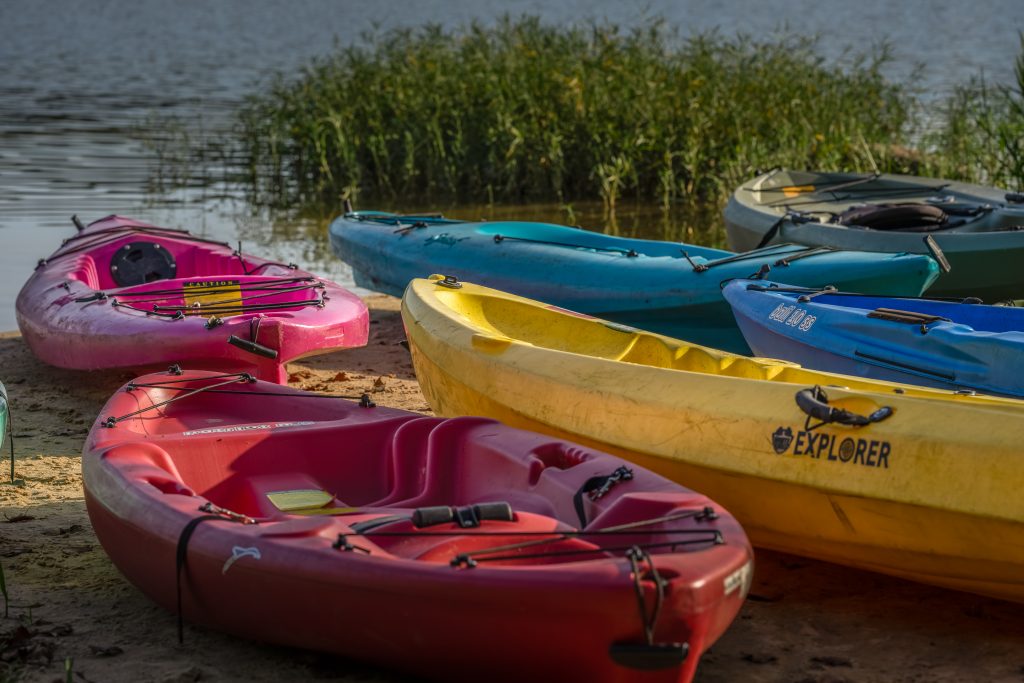 The estimated cost for attending the event in Germany is between $6,000 and $9,000 per person. The State of Georgia pays a portion, as does Cherokee County Special Olympics. The rest comes from fundraising efforts. Alan Flint, president of Hickory Flat Optimist Club, states, “Caleb was recognized at the [Optimist International] annual picnic for his selection into the World Games in Berlin. We at Optimist International are all very proud and excited for him.” Caleb autographed photographs at the event to raise money for travel expenses.

Other fundraising efforts include the Born to Shine Optimist Club, which presented Caleb with a significant donation to the Special Olympics in his name. To raise additional funds, Caleb has signed autographs, sold shirts, and conducted a fundraising dinner with raffle prizes. His church is planning a fundraising event, and a musician friend plans to hold a concert to raise money for Caleb’s trip.

Caleb says all this special attention makes him happy. He’s proud of himself because he knows he has earned it.

In November Caleb took another big step in his journey to the Special Olympics, traveling solo to San Antonio, Texas, for Team Trials training with the Special Olympics USA coaches. The training weekend hosted nearly 150 athletes representing thirteen sports. Dad Chris explains that parents are not allowed to accompany the athletes because coaches want to see how well the athletes handle being on their own. Chris says the experience marked Caleb’s “first time away without any one of us.”

At home Caleb trains by taking his two kayaks out on the reservoir off Bluffs Parkway for practice. When he can’t be out on the water, his training regimen also includes weight lifting and running.

“We always assume Caleb can do something until he proves he can’t,” Chris says. “He enjoys everything.” Chris’s voice slows as tears well up in his eyes. “But the incredible thing about Caleb is that he loves people, and I think people feel that and love him back.”

Twenty-year-old Caleb is thankful for his sense of independence and attributes his strength and success to the fact that he likes to do things by himself. “My mom and my dad trust me, and one day I want to move out of their house.”

The Guy family is also involved with Circle of Friends, a nonprofit organization that supports special-needs adults with job placement, social activities, and housing.

A look toward the future

Mollie advises parents of children with intellectual disabilities, “Push them as hard as you can to get that independence, let them do whatever they are capable of doing, and just see where it takes them.” She also stresses that parents think about the end game. “You [have to] start with a mindset of what do you want them to be able to accomplish at this age, then you have to start working toward it when they are little.” Mollie laughs and says of Caleb, “He wasn’t this together when he was little.” 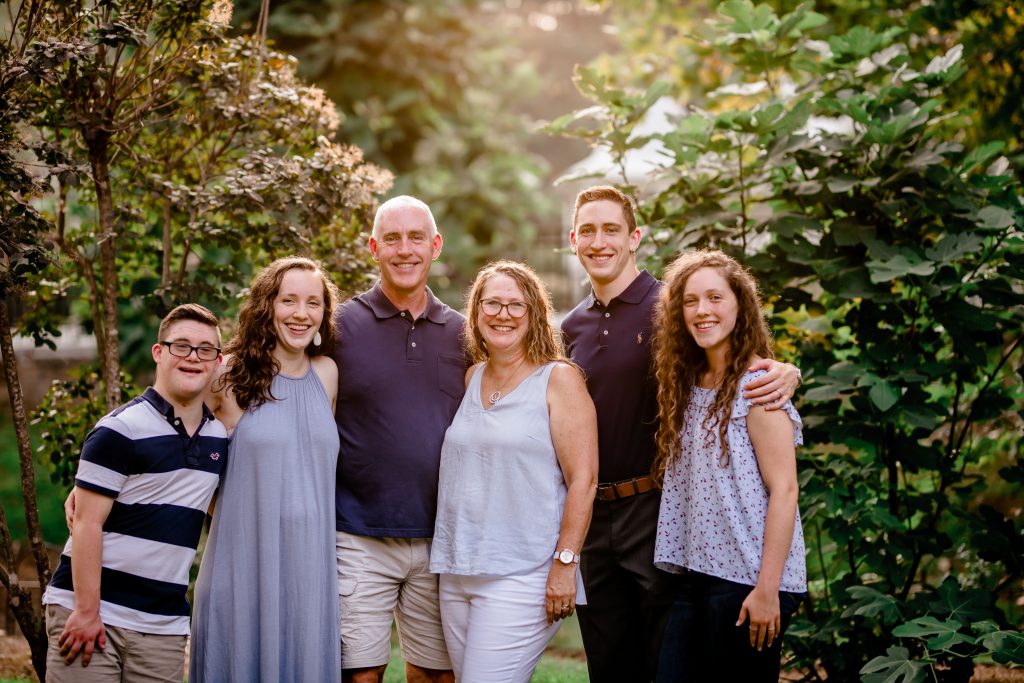 Caleb sees himself still participating in sports five years from now and hopes to be working at a hotel at the beach somewhere. Caleb encourages everyone not to give up: “Be brave and try your best.”

Follow Caleb’s journey to the 2023 Special Olympics World Games on his Facebook page, Paddle On for the Strudel.

Special Thanks The Guy family expresses gratitude to Cherokee County Special Olympics for all its support. “None of this could have been possible without [program co-coordinators] Dave Martinez and Amy Aenchbacher,” who nominated Caleb and wrote recommendations for him. “And [Coach] Ben Farist is leading the charge on the fundraising.”

About the 2023 Special Olympics World Games

The 2023 Special Olympics World Games take place June 17 through 25 in Berlin, Germany, and involve the following, according to Berlin2023.org:

The mission of Special Olympics is to “provide year-round sports training and athletic competition in a variety of Olympic-type sports for children and adults with intellectual disabilities, giving them continuing opportunities to develop physical fitness, demonstrate courage, experience joy, and participate in a sharing of gifts, skills, and friendship with their families, other Special Olympics athletes, and the community.”

Cindy Pope is an award-winning author, lifestyle writer, novelist, and speaker. She earned a Master of Arts in Professional Writing Program at Kennesaw State University focusing on Creative Writing and Creative Non-Fiction. Her work is published in the literary journal American Writers Review 2022.