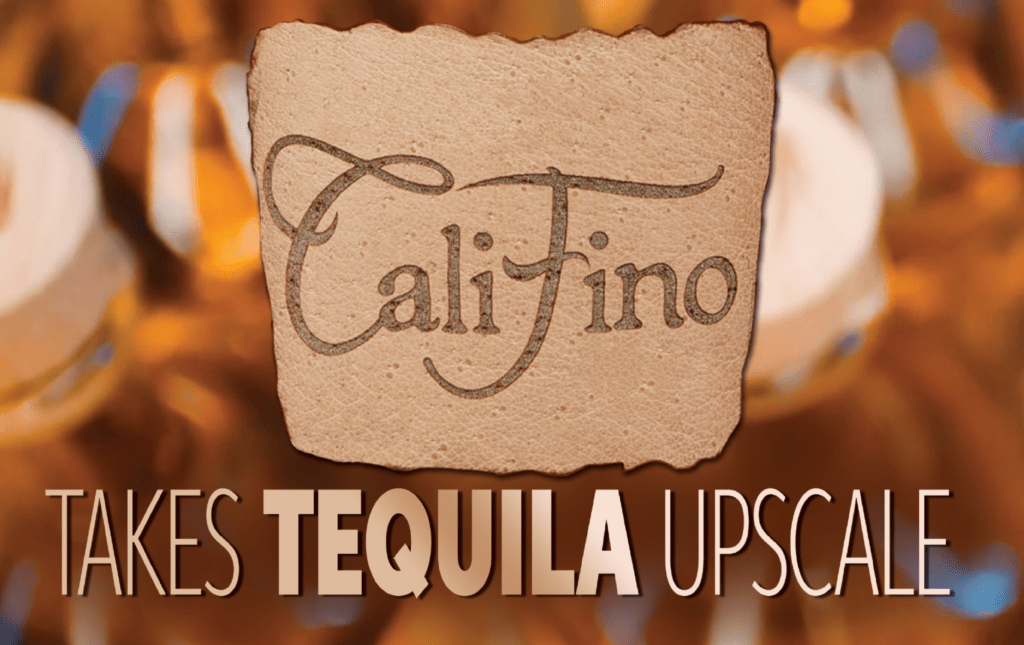 How do you make tequila—a liquor with a rowdy reputation—appeal to southerners who prefer bourbon and beer? Make a tequila unlike any other and introduce it in Cherokee County.

What is it about tequila that makes people stereotype it? Any type of liquor can cause inebriation, yet tequila is rarely thought of in any other context. Folks certainly don’t see it as something you sip slowly after a nice dinner, and because of its strong and usually unappealing flavor, it’s not something easily mellowed with mixing.Many people regard tequila as the ultimate party liquor. It’s gulped from shot glasses at bachelor parties. It’s also the main ingredient in margaritas and other fruity intoxicants served at poolside bars.“A lot of people have tried tequila, but most of them have never tasted good tequila,” says Jose Luna. His father’s tequila recipe was the inspiration for the high-end tequilas made today by CaliFino Tequila. “Good tequila,” he says, “can make all the difference in the world.”

Jose knows a lot about tequila. He can tell you how good tequila—real tequila—is made and why some of the biggest mass-produced tequila brands aren’t even real tequila. He says it’s important for people to understand the difference. He can tell you the half-century history his family brings to making tequila and how one sip of CaliFino can change your perception of tequila for the better, for good.

“In Mexico tequila is often sipped or served with a meal,” says Jose. “It actually pairs very well with food and can be an excellent digestif, or an aperitif. But it is rarely mixed with anything or drunk quickly from a shot glass. Tequila is meant to be savored and enjoyed.”If you haven’t savored and enjoyed tequila, you’re not alone. Jose suggests the issue may not be how you’re drinking it, but the type of tequila you are drinking.He says a true reposado is made exclusively from the blue agave plant, a succulent native to the west central region of Mexico. It is then aged between sixty days to a year. The Jalisco region, especially, is renowned for the quality of the blue agave that grows there. When other types of agave are mixed with the blue agave, the resulting product can’t be called 100 percent blue agave tequila. In fact to be called tequila at all, the product must be made in Mexico, specifically in Jalisco or parts of Guanajuanto, Tamaulipas, Michoacan, or Nayarit, much like sparkling wines made outside the Champagne region of France can’t be called champagne. [wonderplugin_carousel id=”2″]“Tequila is a very time- and labor-intensive product to make,” says Jose. “The blue agave plants CaliFino uses are seven years old and must be harvested by hand. When mature, the plants’ long, spikey leaves are removed. The round center, called the pineapple, or piña, contains the sugars and fluid that are distilled into tequila.” “My dad, Don Jose Luna, started making tequila, kind of bootleg style, you could say, around 1975 using local blue agave plants,” Jose recounts. “He bottled it in plastic jugs and shared it with his friends who all agreed my father made very good tequila. My dad’s recipe, which was tested and tasted and refined over the years, is the basis for CaliFino tequila. When you drink our tequila, you become part of my family’s history.”

How does a bootleg tequila made for friends and family become what CaliFino calls a luxury tequila for an older, affluent, and sophisticated demographic? That story is interesting too.

“My nephew, Miguel Luna, played professional soccer for a team in San Diego, the San Diego Sockers,” recounts Jose. “He brought some of the family tequila to his coach and teammates, who loved it. His coach, Phil Savagio, who is also an entrepreneur, asked if we could make forty thousand bottles. That was in 2014. Phil and Miguel worked on it. It took a few years, and the CaliFino company was born in 2018,” Jose says proudly. “But it all started as a way to get more of our tequila to our friends and family in San Diego.”CaliFino makes four premium tequilas, all from only blue agave distilled and aged in Mexico. While the company’s website provides more detail about the flavor profile of each, an overview of the products includes Blanco, a clear un-aged tequila; Reposado, a light amber tequila aged one year in oak barrels; and Añejo, a tequila aged in oak barrels three years. Añejo has a golden amber hue. The company’s top-of-the-line product is called the Extra Añejo, a dark wood-colored tequila that has been aged eight years—seven years in an oak barrel, and then one more year in a French cognac barrel. Jose says it is a tequila unlike any other. It even comes in its own wooden box that can be custom engraved.[wonderplugin_carousel id=”2″]“The Extra Añejo has a flavor profile that is actually reminiscent of bourbon,” Jose notes. “People can’t believe it the first time they taste it. They end up drinking it as they would bourbon, neat or on the rocks, sipping and savoring it.”From the CaliFino company in Mexico the tequilas are imported to the U.S. by FinoAgave, the San Diego-based company that Miguel Luna and Phil Savagio founded. That company then ships the products to state and local distributors, including the Canton-based AgaveFino, which distributes the CaliFino brand in Georgia.“I am the ambassador,” Jose says with pride. “I represent the family, the tradition. I want to share this great tequila, share my family history, and make sure people understand what the brand represents.”

Jose Luna was born the eleventh of twelve children in Leon, Mexico, in the state of Guanajuato. When he was six he moved to California, like many of his immediate and extended family members. After college he began his career at a medical device manufacturer in Carlsbad. He has worked for the company for the past twenty-four years. He moved to Cherokee County in 2010 when his division was acquired by Caire, formerly Chart, in Ball Ground. He and his wife have four children. The older two were foster children they adopted.“Of course I miss my family in California and Mexico. My father passed away in 2003. But we love living in Cherokee County, a great place to raise a family,” Jose says. “Just as good, this is the perfect place for introducing the Luna family’s tradition, our tequila, and I am thankful to the City of Canton; Grant Schmeelk, developer of the Mill on Etowah, where AgaveFino is located; and Cherokee County for making it possible to have a distributorship here.“A lot of people think tequila is a party liquor,” Jose continues, “but for me it is so much more. It is history, family, tradition, and good times with good friends. I invite everyone to try CaliFino and become part of my family.”