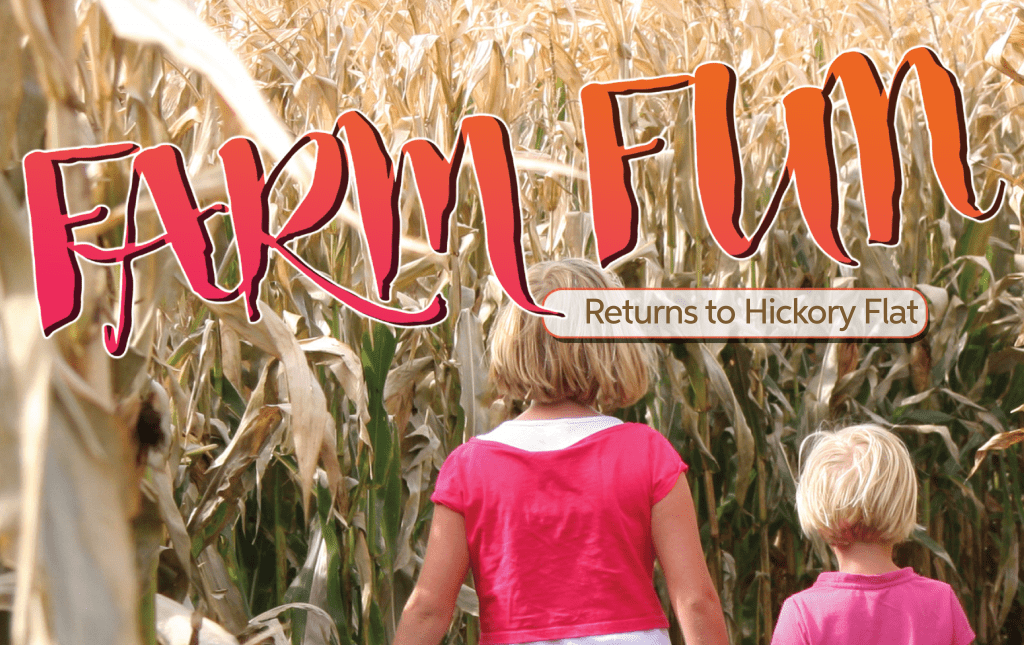 When you think of fall, do Halloween, pumpkins, and harvest time come to mind? Maybe you think of hayrides and bonfires to ward off the chill of crisp fall nights. If these images constitute your ideal autumn, there is great news for you and other Cherokee residents. Cagle’s Family Farm is reopening its venue in Canton on September 17, offering family-friendly activities.

For decades a visit to Cagle’s Family Farm had been an annual tradition for Cherokee County residents. The Cagle family had one of the first corn mazes in Georgia, as early as 2000. In an innovative twist on agritourism, the homestead also offered farm tours for school children, showing them where food comes from and the onerous business of producing it. The corn maze was only part of the appeal—the family offered hayrides, a pumpkin patch, pig racing, bonfires, and haunted attractions at Halloween. The site was an immediate hit; indeed, the farm saw more than 40,000 visitors a year to the corn maze, and an additional 12,000 to 15,000 students visited the working dairy farm until late 2009.

All the stress of agritourism combined with operating a working dairy farm took its toll on the Cagle family, and in 2016, the family made the difficult decision to shut down. Cherokee County residents were bereft. The farm’s Yelp page showed hundreds of statements from visitors saying how forlorn they were that the farm venue was closing and how much it had meant to them.

The Cagle Family Farm was a fundamental part of autumn for many Cherokee County natives, and owner Ben Cagle shares why the new/old site on Stringer Road is special. Right now the land is little more than mud, cleared brush, and gently rolling hills. Two enormous, creeper-covered silos stand guard like over the property silent sentinels. Behind the silos sits a seven-acre lake, and upscale homes surround the site. At one time all of those neighborhoods were part of the Cagle land. The site is quiet now, but come fall, all will change.

In 2020 Ben Cagle, the fourth generation of the venerable farming family, decided to resurrect the corn maze and all the autumnal activities at the original site in Canton. Ben shares, “I initially didn’t want to reopen, but I realized that I missed seeing the kids and families have fun. I wanted my sons to see it.” Ben hopes that his sons will appreciate the dedication it takes to run such an operation as well as the rewards. Ben believes that once families return to the venue they remember fondly, his kids will see how much the attraction mattered and still matters to Cherokee residents. He has other motivations as well.

Agriculture is in Ben’s blood. He is the fourth generation of Cagles to farm in Cherokee County and an active advocate for farmers in North America. Ben serves as a representative for the American Farm Bureau and works with local community leaders to help farmers survive and thrive. Reopening the site is a way for his family to bring a taste of farm life to suburbanites and city slickers alike. It’s also a way to enhance his family income so that the family can maintain its own farm and the life its members love.

What can visitors to the Cagle Family Farm expect this year? They will get the corn maze, hayrides, petting zoo, and all the activities they love and remember from previous visits. They will have bonfires, a pumpkin patch, and s’mores. Ben hopes to make it easier on everyone by charging one set rate and letting families choose what they want to do.

The original setting was open only in the fall, but Ben wants folks to use the new and improved venue year-round. Ben had discussed the possibilities of balloon festivals, car shows, and a weekly farmer’s market. A farmer’s market on that site would be ideal, as it has plenty of parking and visitors would not have to contend with traffic and congested crowds.

Steve Miller, mayor of Holly Springs, has also been involved in the project. The site had initially been planned to be a community park after being sold to the city in 2016. The city decided that redoing the downtown area of Holly Springs was more important at the time, though, so the mayor leased the land back to the Cagle family. Steve has big ideas for the location as well.

He mentioned a survey of the lake on the site and thinks that canoe races and fishing tournaments on the property might be an ideal way to involve the community. “This piece of property has a history here. When the Cagles left, it left a hole in our community. I want to create a space that in the next few decades is beneficial to the community and to the Cagle family.”

Woodstock resident Lizzy Boehmer states, “I remember going to the dairy farm as a little girl. The corn maze was my first corn maze, and it was so much fun. I loved the trivia it included. I want to take my niece, Molly, this year.”

Another Woodstock resident, Kristin Horvath, says, “Growing up around here, every fall, we’d make plans to go to the corn maze. I was really sad when it shut down. I’m excited to hear that it is reopening—I can’t wait to bring my sons up there.” Kristin isn’t the only one looking forward to the corn maze this year. Ben says that when the farm website went live in July, it had ticket sales within hours.

The site has been a part of Cherokee County history for twenty years, and now the Cagle family hopes to make it part of Cherokee’s future. Ben says that when he retires, he hopes his son will take over and continue the tradition started more than twenty years ago.

If you are looking for a way to escape the hubbub of city life, or if you just want an entertaining place to take the kids this autumn, don’t forget to include a visit to Cagle’s Farm. Make sure you book your tickets now; the fall activities at the farm are open for only a few weeks.

For tickets, go to CaglesFarm.com.