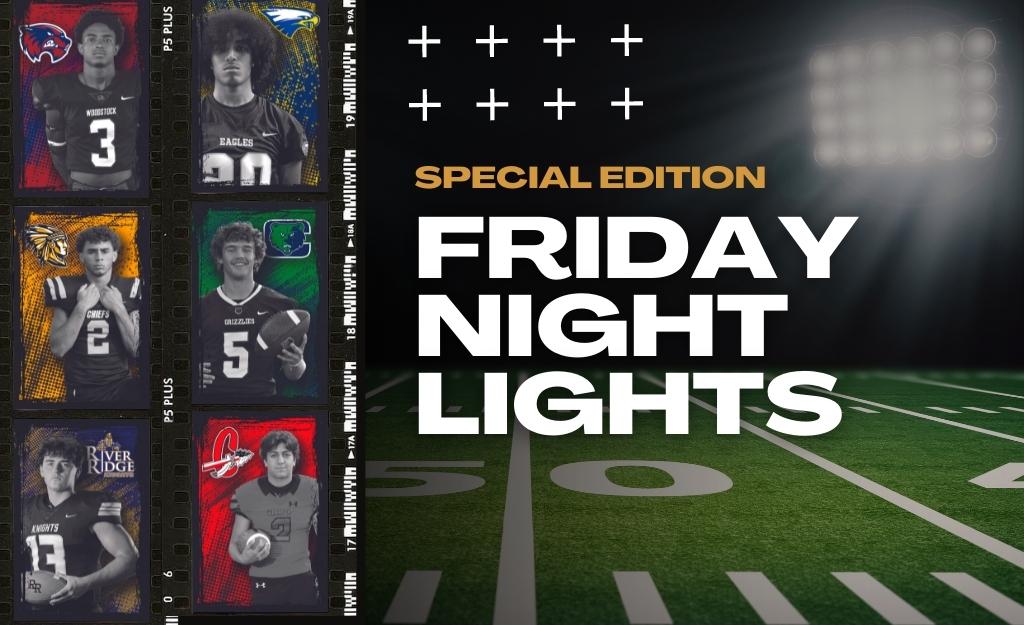 In our annual Cherokee County High School Football Special Edition, we’re shining a spotlight on six of Cherokee County’s most talented players as we kick off high school football season in the glow of those Friday night lights. 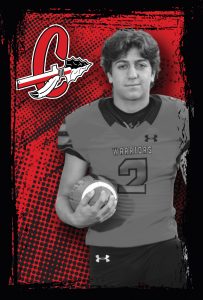 Quarterback Tanner Savasir takes on a major role for the Cherokee Warriors in only his sophomore year. Though Tanner is young, his knowledge of and passion for the sport shows on and off the field.

Having played since fifth grade, he loves taking the field with teammates that he’s grown up with and created deep bonds with. This season Tanner says his team’s goal is to be the best team it can be in every game it plays. “I love being able to compete and do what I love to do each week,” he shares.

For Tanner, sports are year-round. He plays golf and basketball for the Warriors as well, and he hopes to join a leadership club with some of his fellow athletes, furthering their bond. He’s also a big fan of Star Wars and Harry Potter. Though he has yet to create set plans for after high school, Tanner knows he wants to go to college on a scholarship and further his education. 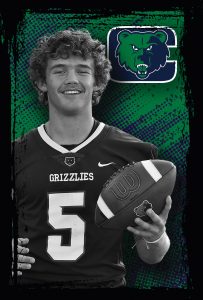 Senior Cole Sackman, playing safety, is a three-year starter for the Grizzlies defense and has been named a team captain for the 2022 season. He and his team are gearing up for an exciting year.

Having played the game since fourth grade, Cole finds importance in the lessons the sport teaches him about life. He also values the brotherhood he and his teammates share.

Head coach Trevor Williams says, “Cole’s energy and passion for the game sets a tone for our defense and our team. He was voted team captain by his peers, a testament to his leadership and work ethic.”

Cole says his team’s goal this season is the region championship, while his personal goal is to make the all-region team.

In addition to football, Cole plays basketball and runs track for Creekview—an impressive feat, given that he has only nine toes. He also leads the football team’s Fellowship of Christian Athletes group. After Cole attends college he hopes to stay involved with football by coaching. 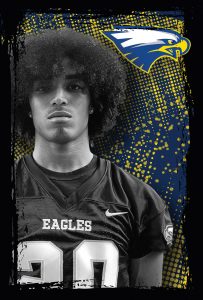 Frank Mosley IV is a senior cornerback for the Etowah Eagles. Frank is entering his eleventh year in the sport and loving every minute. He says his team has a positive mindset and big expectations this season.

Head coach Matt Kemper shares, “Frank has all the tools of a great player: length, speed, strength, and an incredible football IQ. More than that, though, he is an outstanding leader.”

Frank says nothing compares to the feeling he gets before going onto the field with his teammates who have turned into family. Of his goals this season, Frank says, “I hope to lead my team to the playoffs and help build a blueprint for the younger guys to do it again next year.”

In addition to football, Frank also runs track at Etowah, competing in the 100-meter, 200-meter, and long jump events. In his free time, he spends hours in his studio making music. After high school Frank hopes to play college football and earn a business degree. 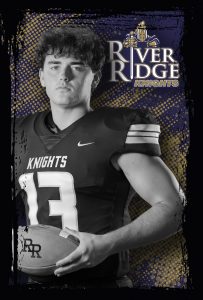 Tight End Jackson Head is entering his senior year ready to step out on the field and focus on the game. Jackson, who has played since the sixth grade, has a true passion for the sport. Jackson says the River Ridge Knights, coming off a winning season in 2021, are aiming for even greater success this year. “My goal for the season is to win. Week one is the only thing that matters. When that’s over, week two is all that matters. We want to get better week by week and play by play.”

Jackson shares his excitement to get back under the lights with his teammates. “We’re like a family, and it’s a great dynamic. I know they’ve got my back, and I definitely have theirs.” The game of football has had a great impact on Jackson, and his favorite part is stepping between those white lines and focusing on the task at hand.

Jackson has no off-season since he plays basketball for the school as well. Beyond the high school stadium, he has plans to play football in college but is currently uncommitted. He will announce his plans soon. 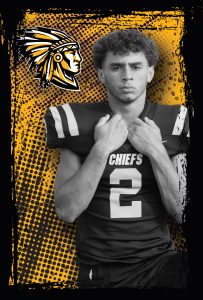 Jackson Hancock, a junior, is known for his ability to play multiple positions on offense and defense, making him a vital asset to the Sequoyah Chiefs. Jackson’s commitment to the game is evident: he was named a Player of the Game by radio station WLJA’s broadcast last season.

Jackson shares, “When I step out on the field, nothing else matters except the game.” He also loves the brotherhood and trust he’s formed with his teammates, noting that these friendships will last a lifetime.

Head coach James Teter says, “Jackson has meant a lot to our team. He is one of our most talented players, a hard worker, and one of the leaders in our program.”

Jackson says that no matter what happens this season, he and his team are never going to back down. They will fight until the last whistle blows, a determination he admires about his team. His plans include seeing how far football takes him and then opening his own business. 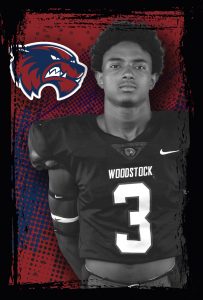 Adonis Garcia is a senior wide receiver and defensive back for the Woodstock Wolverines. While this season will be only Adonis’s second year at Woodstock, he is ready to hit the ground running—literally.

When asked his favorite part of the sport, Adonis shares its many life lessons. “The game of football will teach you how to work as a team, how to be mentally and physically tough, and how to push through any adversity that comes your way,” he says. In the upcoming season he hopes to help his team make the playoffs while pursuing his personal goal of 500+ receiving yards and at least four interceptions.

Off the field Adonis also runs track and enjoys singing and acting. Adonis aspires to play in the NFL, but also hopes to start his own electrical engineering business. You might even see him as a football coach one day, a role in which he hopes to give back everything he’s learned over the years. 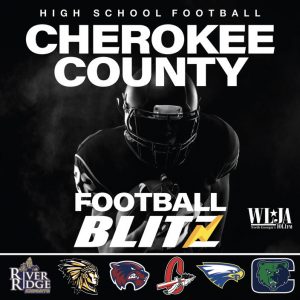 Catch your team in action on Friday nights with WLJA 101.1 FM’s live broadcast of the Game of the Week! With six Cherokee County teams to cover, the broadcast team chooses the top-matched game of each week throughout the season. Hear Will, Arthur, Dave, & Zakk on Friday nights starting at 6:30 p.m. live on WLJA 101.1 FM and streaming on WLJAradio.com.

For even more Cherokee County football coverage, check out the Cherokee County Football Blitz podcast with hosts Will and Arthur of WLJA as they keep you up-to-date with everything you need to know about High School Football in Cherokee County. From game recaps and previews to coaches’ interviews, the guys will get you ready for the games every week. Available on Google Podcasts, Spotify, and anywhere you listen.