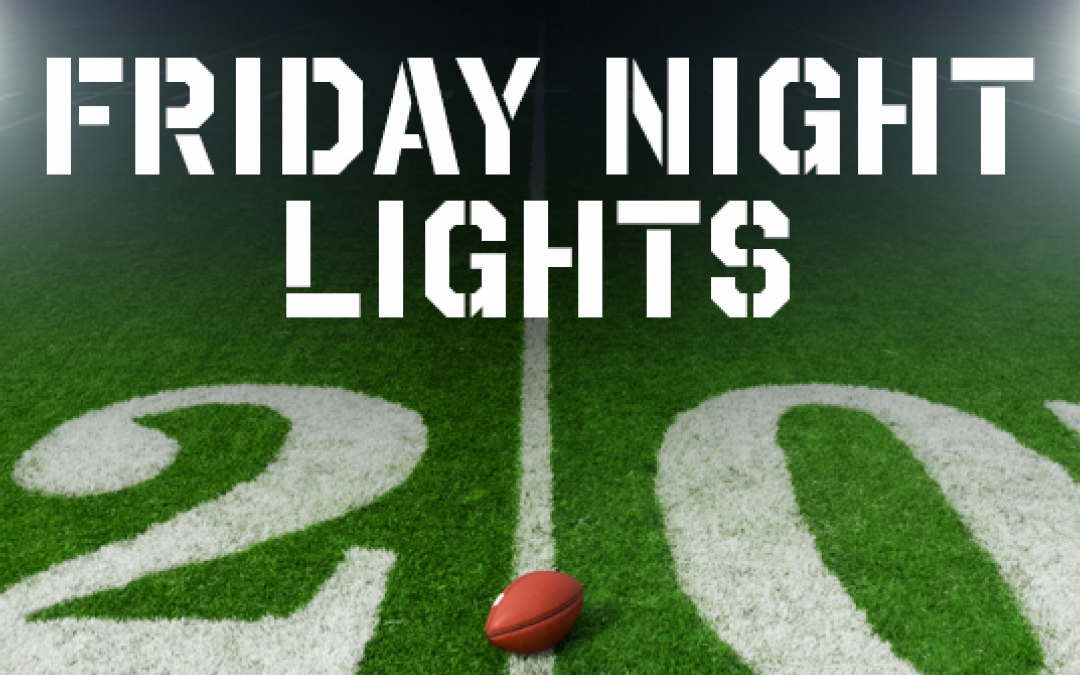 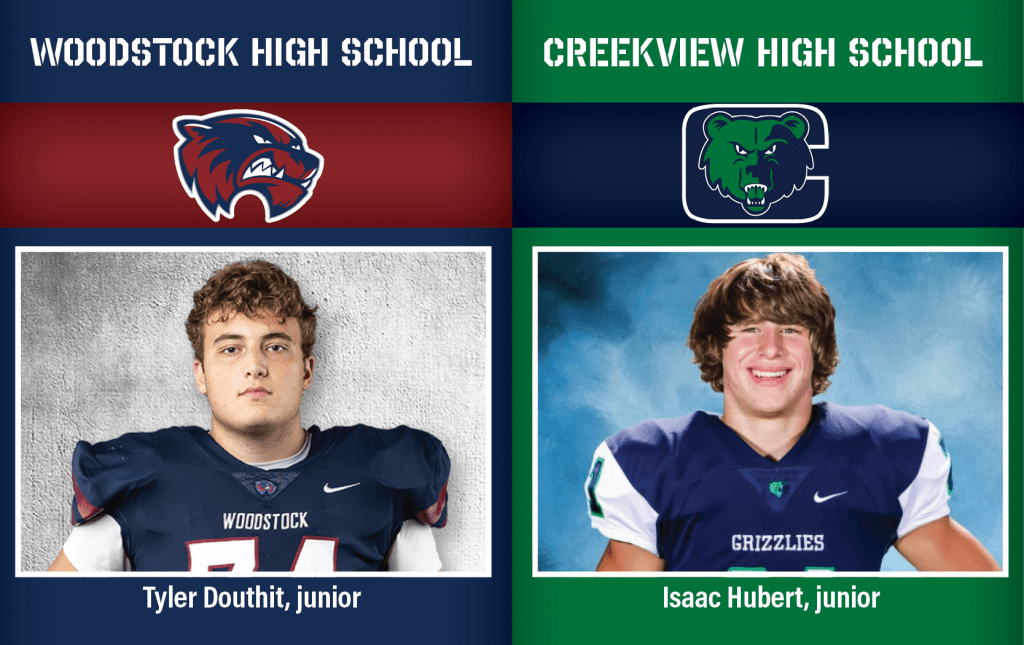 Offensive Lineman Tyler Douthit will enter his junior year aiming for success for the Woodstock Wolverines. The upcoming season will be Tyler’s eleventh year playing for a Woodstock team with teammates who are more like family. During the 2020 season, the offensive line led the way for Woodstock to beat inter-county rivals Sequoyah and Etowah. Tyler says, “I really like the culture [of the game] and being around the team, because my teammates are like my second family.”

Through the ups and downs of seasons, Tyler says he’s learned that “although the thought of change is hard, sometimes it is for the better. Learning how to adapt to change has made me stronger and a better player.” He is eager to see Woodstock’s team succeed more than ever during the 2021 season because of the hard work his team has put in.

When he’s not on the field, Tyler is a shotput and discus thrower for the track and field team. Tyler hopes to play college football and earn a degree in construction or engineering. He has received offers from major teams for his excellent play as a sophomore.

Isaac Hubert is a junior defensive end for the Creekview Grizzlies. Voted a Maxpreps All-American his freshman year in 2019, Isaac has continued to be an outstanding member of the Grizzlies team. He began playing with Cherokee Youth Football in the third grade and played on travel teams while growing up.

Isaac shares, “I like being around my friends, mostly. Even though practices are hard, it’s fun because we’re all in it together.” Isaac says the most valuable lesson he’s learned from his coaches is to trust his teammates. He explains, “You are one-eleventh of your team. If everyone does their part, we will succeed, but if you don’t trust your teammates and try to do their job for them, the whole thing will fall apart.”

Isaac is busy with sports year-round. He plays lacrosse for Creekview in the spring and for the Atlanta Lacrosse Club during the summer. During the winter he plays basketball for the Grizzlies. Isaac is also a member of Beta Club and serves as the secretary for his graduating class.

For the 2021 season, Isaac says, “I’m excited to see the younger kids grow and mentor younger players in the same way I was mentored as a freshman and sophomore.” 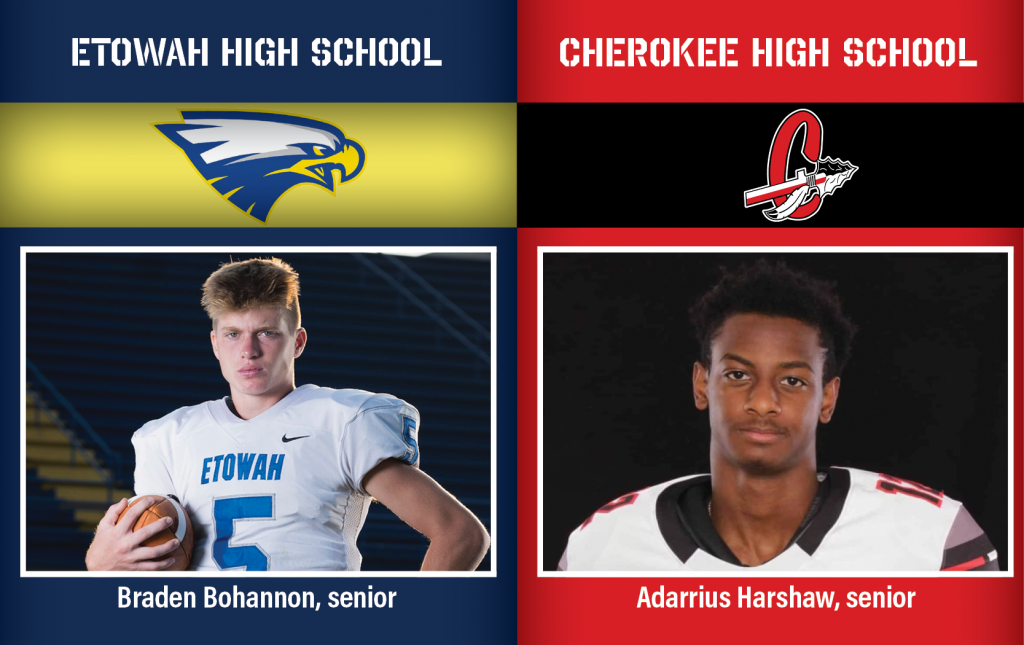 Braden Bohannon is the senior quarterback for the Etowah Eagles. The 2021 season is special to Braden, because it is his twelfth year playing the game. He looks forward to playing with his teammates and friends one last time. Asked his favorite part of playing the game, Braden answers, “There’s no better feeling than a Friday night under the lights with the kids I grew up with. I can count on them to put it all out on the line, and they know they will get the same from me.”

Braden’s hopes for this season include leading the Eagles to the playoffs. Braden hopes to play college football next year wherever he can, because he loves the game and wants to continue playing. “Being part of the Etowah team has taught me a lot, not just about football, but also life,” Braden shares. “It’s taught me how to be a man and play as a team. Credit goes to Coach Kemper. He is one of the best and has taught the team and me a lot about the game.”

Braden grew up in a football family. His father is head football coach at Kennesaw State University, and an older brother plays for KSU as well. When he’s not on the field, Braden runs track and is an active member of the Fellowship of Christian Athletes.

Wide Receiver Adarrius Harshaw looks forward to his senior season with the Cherokee Warriors. Adarrius finished the 2020 season with 872 yards, the best in Cherokee County, and seven receiving touchdowns, tied for first in the county. What’s shocking in his ability is that Adarrius has been playing football for only six years; however, he is known for his ability to run track. He earned first place in the county for the one-hundred meter and second place for the two-hundred meter.

Adarrius says he’s learned a great deal about leadership from being part of the Warriors team. “I learned to be a better person and use things I know from experience to help others,” Adarrius shares. Being around his teammates, having fun, and competing are some of his favorite aspects of the game.

In the 2021 season, Adarrius has his sights set on reaching ten touchdowns and one thousand total yards. With his teammates he hopes to help fellow players become better athletes and win games. After his senior year, Adarrius has committed to play college football with the University of Utah Utes. 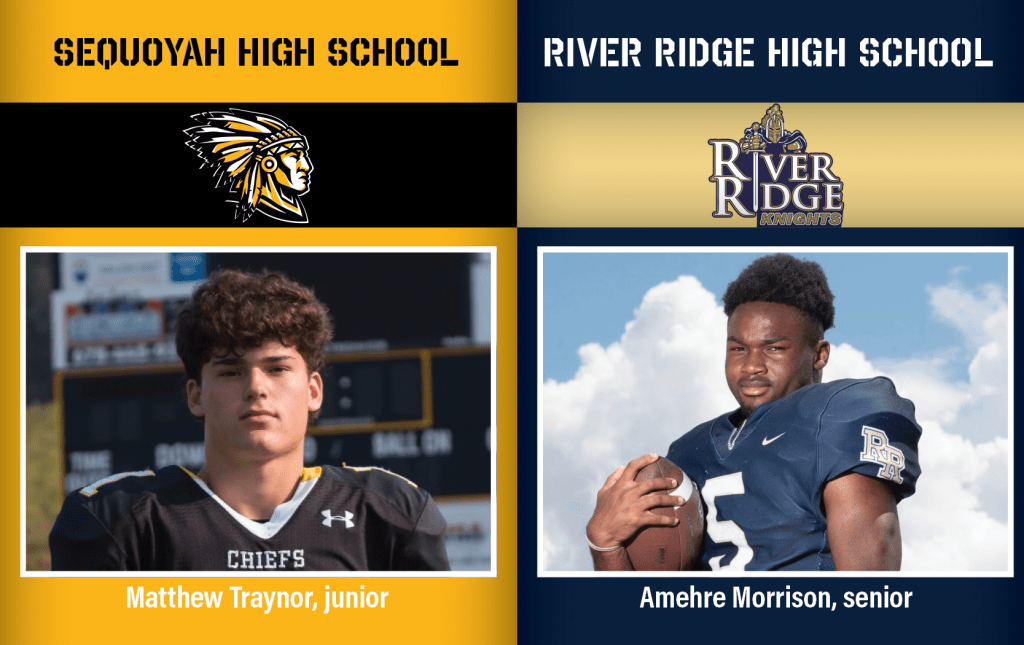 Matthew Traynor is a junior and the starting quarterback for the Sequoyah Chiefs. In 2020 Matthew led the Chiefs to four late-season victories in the region, bringing them to the edge of the playoffs. Having played football since the fourth grade, Matthew has come to love the game and learned a lot along the way.

Matthew’s favorite aspect of the game is the way it brings people together. He says, “You might not have anything in common with a person, but if y’all both love football, you can become best friends.” Matthew also shares one of the lessons he’s learned by being part of Sequoyah football. “Football is about family and the connections you make while playing the game you love. You make many lifelong friendships that are priceless.”

Matthew plays basketball for the Chiefs as well. This season Matthew says he is excited to see how the team will play and hopes it will excel without quarantine restrictions on players. After high school, Matthew hopes to play football somewhere in the South.

Amehre Morrison, the River Ridge Knights star running back, enters his senior season with great enthusiasm. River Ridge had major success in 2020 with its first undefeated season in school history, first region championship, and reaching the quarterfinals of the playoffs. Amehre broke records of his own last year by leading the state of Georgia with 1,958 rushing yards and coming second in points scored with 174 points.

Amehre shares, “My favorite thing about the sport is definitely the adrenaline I feel when scoring touchdowns and hearing the roar of the crowd.” Since joining the Knights, Amehre has learned to trust his coaches and teammates when things get hard and never give up on his team. For his senior year, Amehre says, “I’m most excited about seeing what we can do and showing everyone that last year wasn’t a fluke.”

In addition to playing football, he will be involved in student government his senior year. He plans to play division one football in college but hasn’t yet committed to any school.