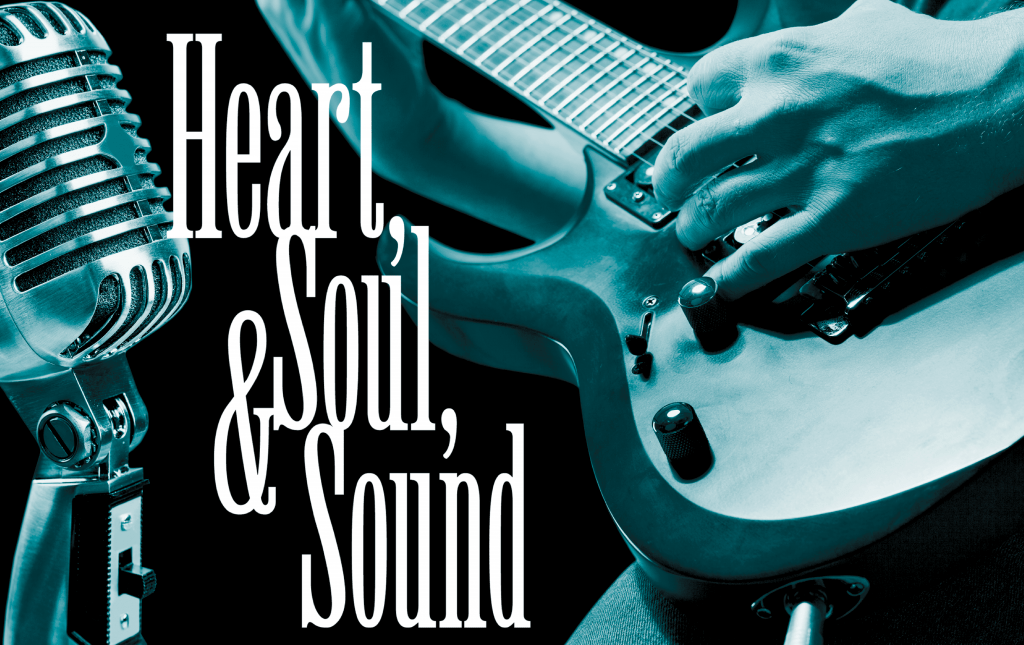 Speedy Smith spent more than forty years traveling the world with some of the biggest names in rock music, mixing concert sound for the likes of Aerosmith, Kansas, and the Zac Brown Band. Today you’re more likely to find him volunteering at Canton’s Action Church than running a thirty-two-track arena sound board. Although others who have worked with music stars may have big heads, Speedy has a big heart.

I met Speedy Smith sometime in the 2010s. I was performing at Canton Festival of the Arts and Speedy was the sound man, mixing the microphones, amplifiers, monitors, and speakers so the performers sounded good when they played.

He gave me a firm handshake. “Good to meet you, brother.” He calls most people brother. He looked at the stage and said, “I’ve got you a mic, a direct-input box you can plug your guitar into, and a monitor. What else do you need?”

I didn’t need anything else, because Speedy is a pro. He’s got the stories to prove it too, if you can get him to tell you any.

A Heart for Helping

When I called Speedy to arrange an interview, he told me to meet him at Action Church, the former IGA grocery store on Marietta Road near downtown Canton. It was early November, and I found him surrounded by pallets of food. Nearby a freezer was full of turkeys.

“Hey, brother!” he says. “So we are getting ready for Giving Canton the Bird, which is the annual Thanksgiving dinner giveaway Action Ministries does. I picked up all the side dishes this week. We’re going to reach about three hundred families.”

He continues, “This Sunday (the Sunday before Thanksgiving) people can drive up in their cars, and we give them everything they need to make a complete Thanksgiving dinner.”

Speedy has been involved with Action Church for about ten years, volunteering to do whatever needs to be done. “I’ll take charge of it if I can,” he says, “the food giveaways, the warming shelters, school celebrations, and the audio production for the church services. I don’t get a paycheck. This is something that’s got to be in your heart, that you want to help people out.”

Eventually we make our way to a small room in the back of the church where we can talk about how he does earn a paycheck and some of the world-famous musicians he’s worked with over the years.

“First thing you need to know, I’m not a name dropper,” he says, which is not quite true. He’ll tell you the names of the bands he’s worked with and when and where. What he won’t tell you is the nitty-gritty, the lurid tales of a rock band on the road in the 1970s and 1980s. “Whatever you imagine it was like, that’s probably what it was like,” he says. “And then some.”

Born in Detroit in 1959, Speedy made his way to Maine in the late 1960s, determined to work in the music industry. He got his start with a chance meeting that very likely wouldn’t happen today. “Back then the bands used to hang out with the people who came to the shows,” Speedy recounts. “I had gone to see the J. Geils Band, and I went see if they were hiring. They weren’t, but sent me to talk to the warm-up band.”

He found a man who went by the name Cowboy, who in turn told him to go talk to the warm-up band’s singer, Steven. “Steven was Steven Tyler, and that band was Aerosmith,” Speedy says. “They put me to work. Grunt work, carrying equipment, a roadie basically. The Get Your Wings album had just come out, and I went on tour with them.”

Interestingly, in a 2018 episode of American Pickers on the History Channel, a Massachusetts property owner had unearthed an old van on his land and worked with the show hosts to authenticate it as the van Aerosmith used to tour in the early 1970s. Speedy could authenticate it just by looking. “That’s what we used to travel in, that van. It was a few years later that they finally got a big tour bus.”

He worked with Aerosmith for about five years before moving on to Kansas—the band—his employer for the next twenty-eight years.

“Kansas taught me a trade, teaching me to do front house,” says Speedy, referring to the big—and often loud—speakers that face the audience. “I toured around the world with them, Europe, Australia, China, Japan, Central America, and South America. We were never home.”

By 1995 he found himself ready to give up never being home and settled in Florida, where some members of Kansas also lived. In 2000 he started Speedy Productions, his own concert production company. He worked his way north and eventually to Canton in 2008. He remains well-known in the music industry.

“I was hired by Garth Brooks when he did the first concert at Mercedes-Benz Stadium,” he says. “It was a really difficult show. That place was designed for sports, not concerts, and the sound was bouncing off everything. The audience was disappointed, Garth was disappointed, and so was I. We all returned our pay for that show; it was the right thing to do.”

Speedy continues to be in demand for shows all over metro Atlanta. “I did several shows with the Zac Brown Band a few years ago,” Speedy says. “I ran one of the stages when the Super Bowl was in town. I did Music Midtown years ago and will be doing Atlanta Beer Fest. In Canton I’ve done First Fridays and run the sound at The Mill on Etowah stage. Between those shows and Action Church, I stay pretty busy.”

He’s never been starstruck, so when he shows up, he does his job. Even if the audience doesn’t understand why the sound is so good, the performers certainly do.

Despite having worked with some of the biggest musicians in the world, Speedy is still generous to musicians who will never be famous. For example last fall I was hired for a ninety-minute set at The Mill on Etowah before a Monday Night Football watch party. Speedy did the sound, so I knew I would sound good. The worst thing that happened was that I lost my clip-on guitar tuner. Two days later Speedy called to say he found it. “Just call me when you want to come pick it up. I’ll meet you there,” he said.