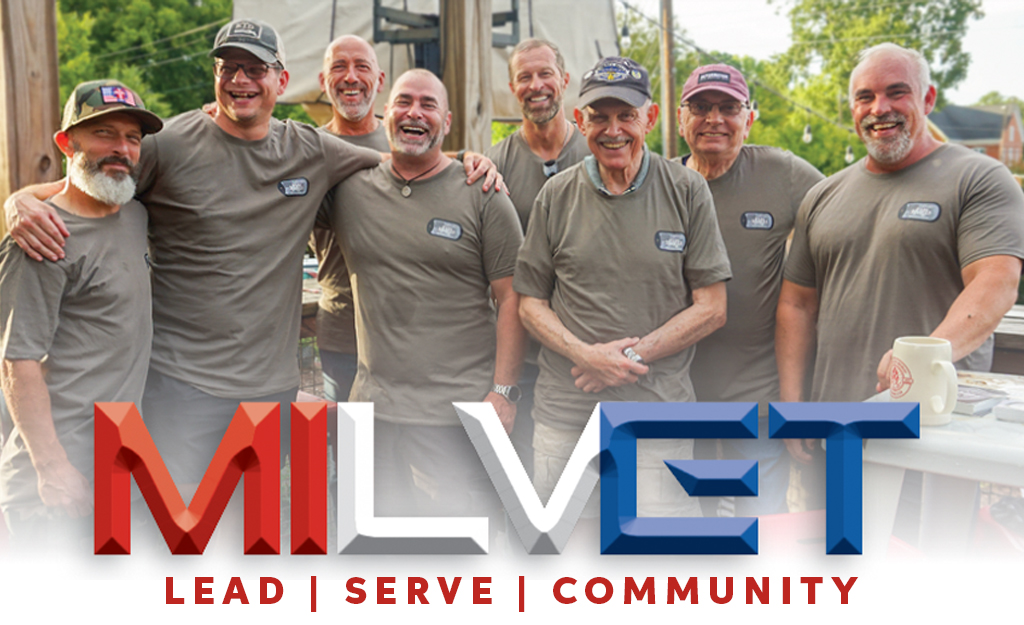 Established in Cherokee County, MilVet Community is a group striving to facilitate connections between veterans and community members as well as to provide a centralized digital location for information and resources that benefit military veterans, current service members, and military families. The group’s cofounders—Tim Young, Tom Stratton, Glenn Wells, and Jason Quinn—are each local veterans who recognized the need for veterans’ resources in Cherokee County and beyond.

“We wanted to create a community where military, veterans, and their families can connect,” shares Tim Young, a former Marine who understands the importance of a team environment and brings a positive energy to his role within the group.

Elaborating on the motivation behind creating the group, Tom Stratton says the group promotes volunteerism for veterans in addition to acting as a bulletin board to coordinate events. “We allow veterans to choose their level of involvement. They can participate as much as they like, and we try to help facilitate that. There is no rank or ownership, just activism.” Like Glenn Wells, featured in our A Voice for Veterans story on page 16, Army vet Tom also suffered a TBI during his service with the military. Following the injury from an IED blast in Iraq, Tom reports, “I suffered a lot of challenges when I came home due to a very cumbersome VA and a lack of programs that supported returning veterans. I made it through the long way around. At MilVet Community we want to help coordinate assets and programs to help shortcut the walk toward help and recovery.”

Jason Quinn adds, “We have more than 14,000 veterans in Cherokee County. Imagine if we could get all of them in the same place at the same time. The impact would be astronomical for our community. MilVet is about connecting with fellow veterans, providing for one another, and strengthening our community.” According to census.gov, veterans make up an estimated 5 percent of the Cherokee County population. While many are still of working age, transitioning from a military career to the civilian workforce can often prove challenging. Research shows that veterans are usually strong problem solvers and critical thinkers, reliable team players, and natural leaders. MilVet provides resources to help connect veterans with employers who value their skills, character, and service. 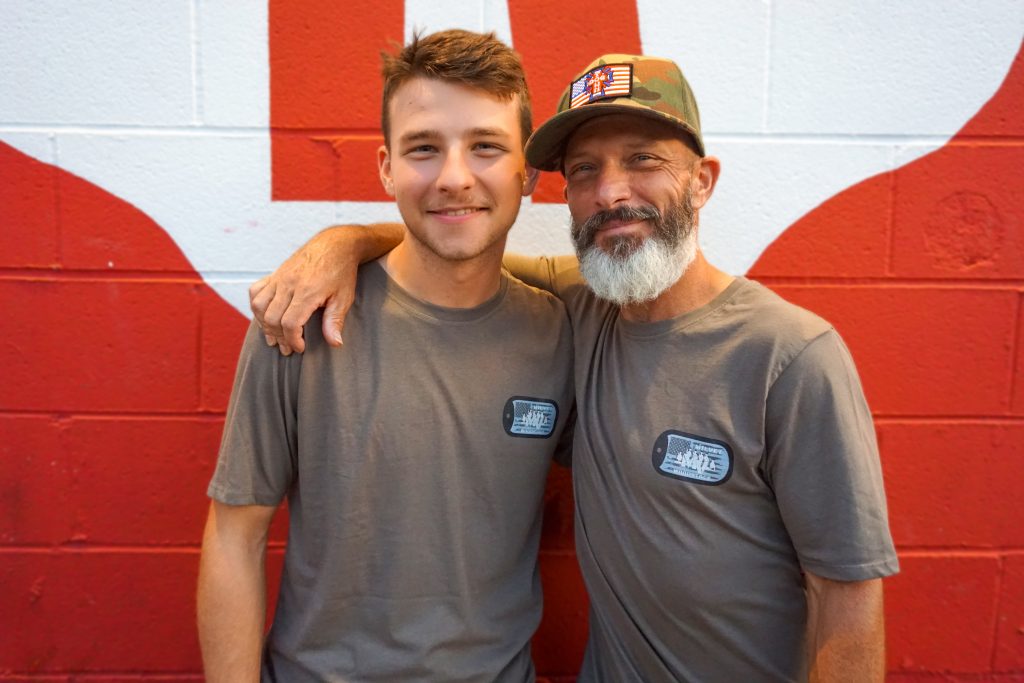 Several members of the MilVet Community, including proud dad Jason Quinn (right) with his son Joseph (left), have watched their children follow in their footsteps and enlist in the military.

Focusing on the Future

In addition to providing resources to veterans in their post-military careers, MilVet community also welcomes young people considering a future in the military. In 2021 more than fifty of Cherokee County School District’s graduating seniors committed to military service; in 2022 that total grew to over sixty. Several members of the MilVet Community have even watched their children follow in their footsteps and enlist in the military.

With a focus on community, the MilVet group has also made connections with other local veterans groups, including Cherokee Veterans Community and the Cherokee County Homeless Veterans Program. “MilVet does not want to take away from other veterans organizations; our entire goal is to enhance veteran awareness and community,” explains Glenn.

“I am so proud to have the MilVet Community organizing in our city. This group of decorated veterans represents the best America has to offer, and they are showing that excellence by investing back into veterans in need and their community at large. We couldn’t ask for a better example of American exceptionalism at work.”

The group is in the process of applying for 501(c)(3) status and currently has the support of community sponsors Shepherd’s Men, volunteers raising awareness and funds for the SHARE Military Initiative at Atlanta’s Shepherd Center, and Reformation Brewery, which offers a 25 percent discount to veterans year-round.

MilVet Community meets at Reformation Brewery’s Woodstock location on the first Monday of each month—head downtown to join Tim, Tom, Glenn, Jason, and more local veterans for community, conversation, and a cold one. 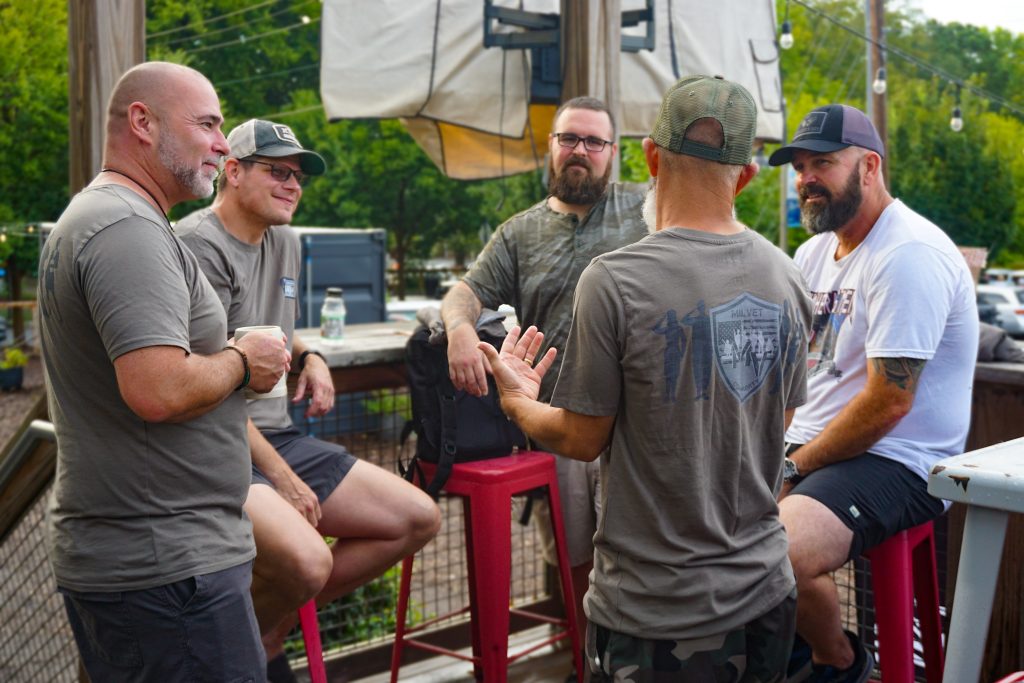 Tim, Glenn, A.J., Jason, and Travis enjoy an evening on the deck at Reformation Brewery.

If you are a veteran in crisis or concerned about one and need immediate assistance, connect with the Veterans Crisis Line twenty-four hours a day, seven days a week. Dial 988 and press 1 or text 838255.

Are you interested in supporting local veteran-owned businesses? Our readers recommended these: 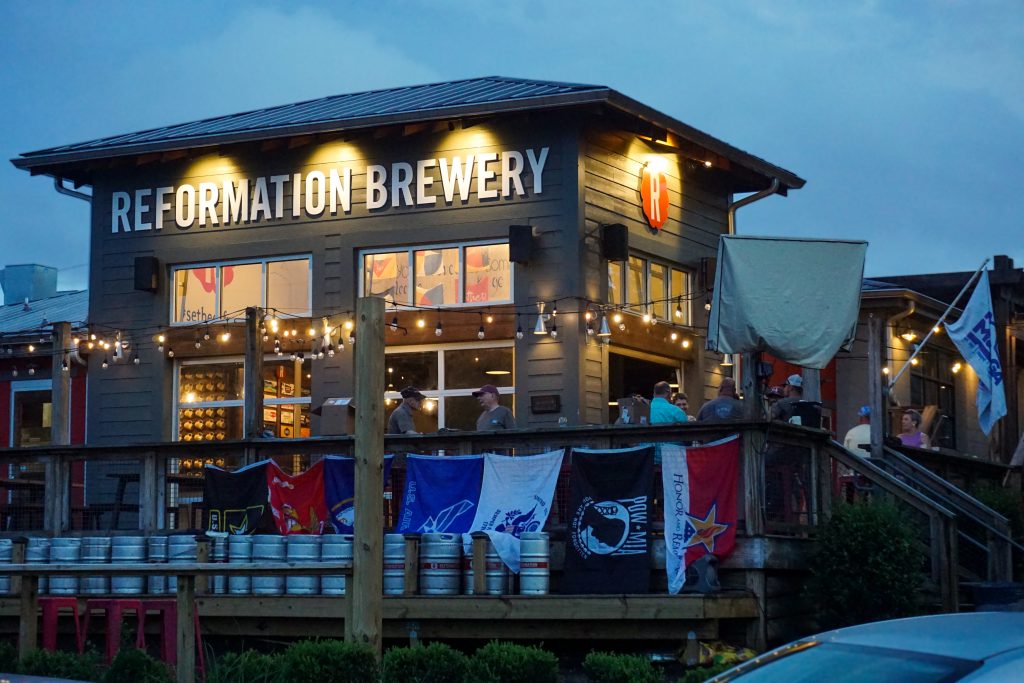 Love of Freedom & the Path to Citizenship