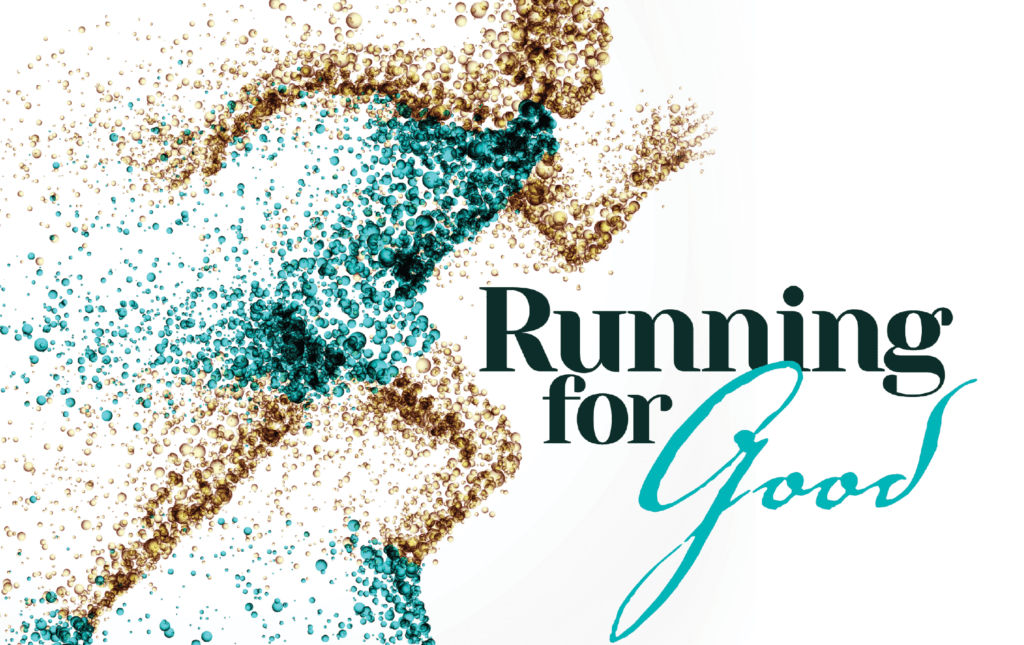 Runners have many reasons for taking up the sport. Some want to get in better shape. Some want to enjoy the outdoors. Some like to meet new people. Running fulfills all these things for Dale Morrissey. It also satisfies her charitable nature.

For Patty Baker, the clerk of Cherokee County Courts, running is all about the camaraderie and competition.

I spoke with Dale and Patty, who have been running for decades, and asked them to reveal their best training tips and ideas on how to stay motivated. 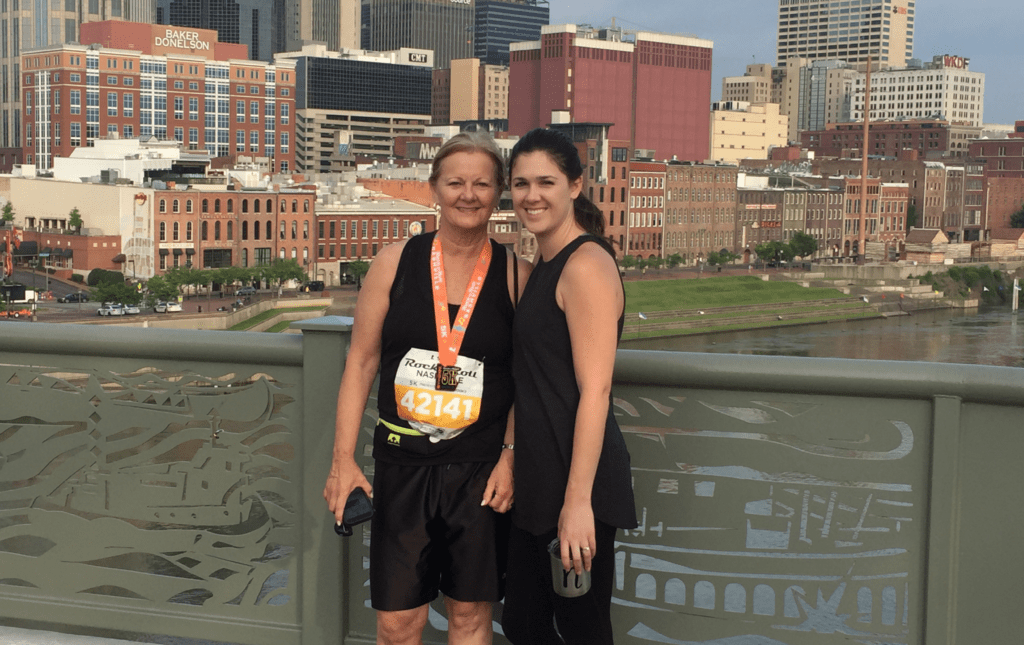 Dale works full-time as the senior director of Community Engagement at Reinhardt University, yet she makes time every day to train. She spent thirty-five years in the banking industry before she decided to make a career change. Before starting in her current role at Reinhardt, she worked as a volunteer at the university scholar program, which provides scholarships to local students. A pretty, trim woman in her sixties, Dale does more in one day than most people do in one week.

Running is not a hobby to Dale; it is a lifestyle and an opportunity to contribute to the community she loves. Dale even finds time to run while on vacation and completed a virtual 5K while visiting her daughter in Missoula, Montana. She went to the Reinhardt football championship in Daytona Beach several years ago and decided to take part in a run while there. “Supporting the community; that’s what I love,” Dale says, which is why she oversees the Guns and Hoses event in Cherokee County every year. Guns and Hoses sponsors charities chosen by Cherokee County Fire and Emergency Services. In 2021 the proceeds will go to the Goshen Valley Boys Ranch, a nonprofit home for young men in the state foster-care system.

Patty has one of the highest stress jobs in the court, but still finds time to train for marathons. She has finished several, including the inaugural Savannah Marathon. Patty also helps organize the Georgia National Guard Family Support Foundation Half Marathon and Ruck March each year to raise funds to help soldiers in need as well as their families in the event of natural disasters and other difficult situations.

Patty, a breast cancer survivor, is just getting back into running after finishing her treatments. She says, “Running is about the end goal.” She hopes to participate in at least one more marathon before hanging up her running shoes.

For both Patty and Dale, fitness was the main motivator to begin running.

Dale’s husband, Todd, was a coach at Sequoyah High School, and he motivated his students by training alongside them. Dale wanted to live a healthy lifestyle, and with her three children grown and out of the house, she had time to concentrate on a fitness program.
Patty has been running marathons for twenty years. The only time she took a break was when her children were small.

The benefits of daily cardiovascular exercise are well-documented. Weight loss, lower blood sugar, and lowered risk of heart disease are just a few. I asked Patty and Dale how they got started and what they would tell beginning runners. 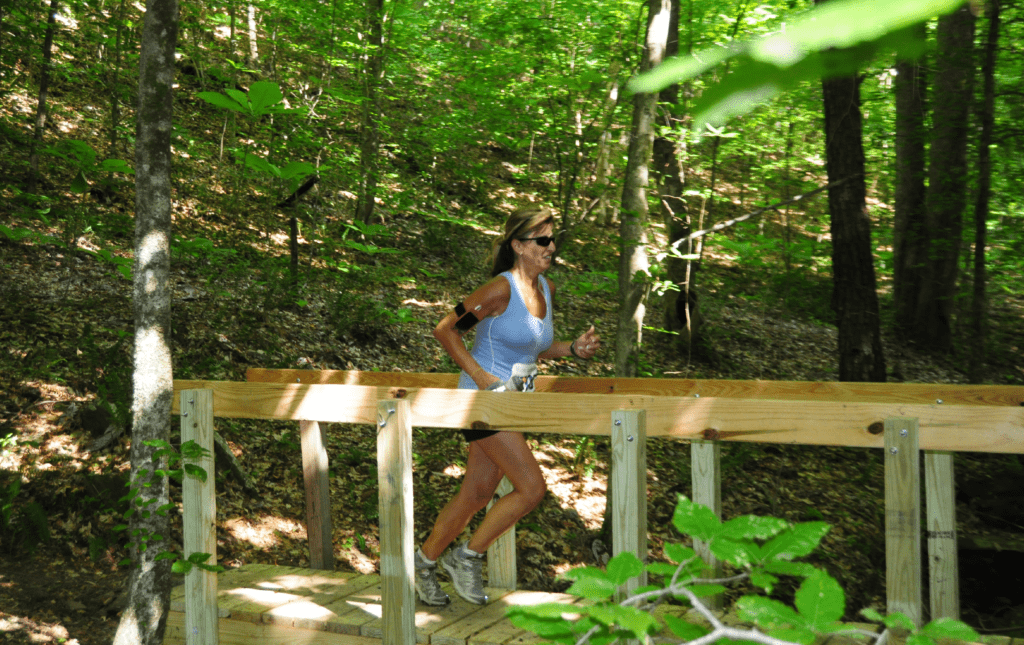 Dale says, “Start slowly. I began on the track at the high school, and I walked a lap and then ran a lap. I got up to running twelve laps. Now I do twelve 5Ks for charity, one a month.”

Patty relates, “Just get out there and do it. Work through the pain. You’ll get achy muscles. You might get shin splints. The runner’s high is a very real thing, though, and the euphoria is worth it.”

If fitness is your main goal, running can help you achieve it. Whether you want to shed pandemic poundage or simply need a break from the chaos of work, running will give you the opportunity.

Running is great stress relief. We all live crazy-busy lives. We need to take a mental health break to decompress and not think about the mortgage or the kids’ next practice. Dale says that running is a chance for her to get out of her head and enjoy her surroundings. “I see two horses and two donkeys every day when I run near home.”

Getting outside and getting away from work for fifteen minutes elevates your mood and boosts creativity, productivity, and the quality of your work. Running is also an activity you can do alone. You don’t need a gym or special equipment. You need only a good pair of shoes. Running is the ultimate social-distance sport.

Dale notes, “Even with a pandemic going on, you can still get out and run. Just get out. Make the effort.” 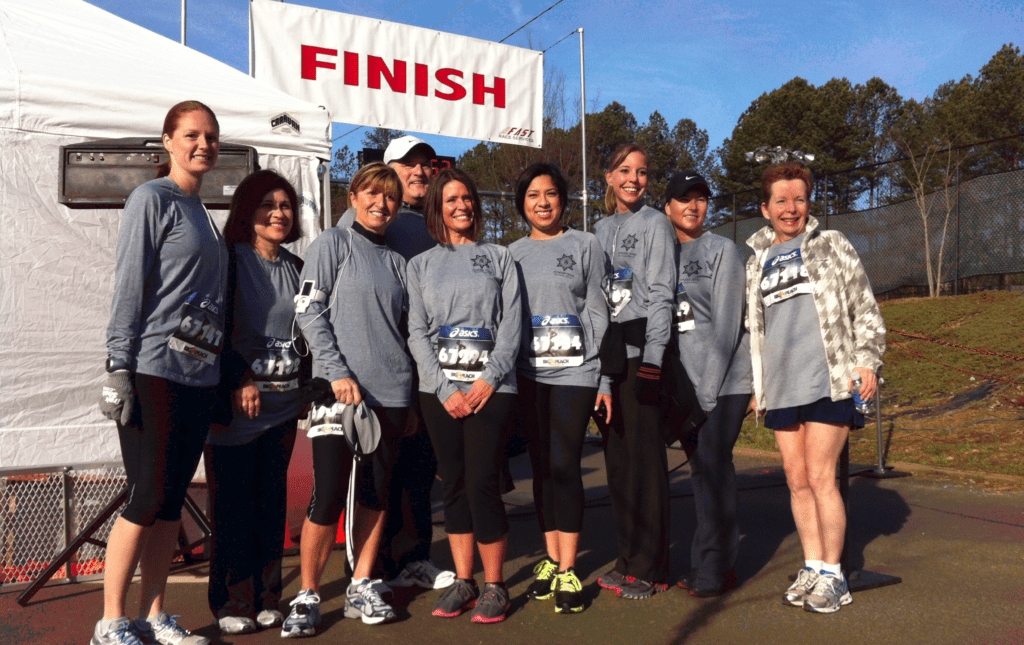 Running gives social butterflies the chance to connect with like-minded people. Like most sporting events, virtual runs are available, but if seeing other people is something you enjoy, a 5K is a chance to bond with other runners. Dale says that meeting people is the best way to stay encouraged, particularly on longer runs. She picks someone out each race and acts as a coach. “I was doing the Move It on Over Run, and a young girl about seven years old got separated from her family. She was scared at having to cross a four-lane road. I told her, ‘You can do it. Run with me,’ and she did.”

Patty tells about the final miles of the Savannah Marathon. “I was done. Exhausted.” A bystander in the crowd saw her distress and started running beside her and cheering her on. It inspired her to finish the race.

The whole family can enjoy running. On January 23, the City of Canton is holding the Frozen/Snowflake 5K, which will be both live and virtual. Children are encouraged to dress as their favorite fairy-tale character to win prizes.

Running as a form of exercise and self-care is something you can add to your daily life that will benefit you in a multitude of ways. Start small and keep going, even when it’s tough. If you don’t think you have the time, let Dale and Patty be your inspiration. Get out there, try something new, and make 2021 a year of healthy practices.