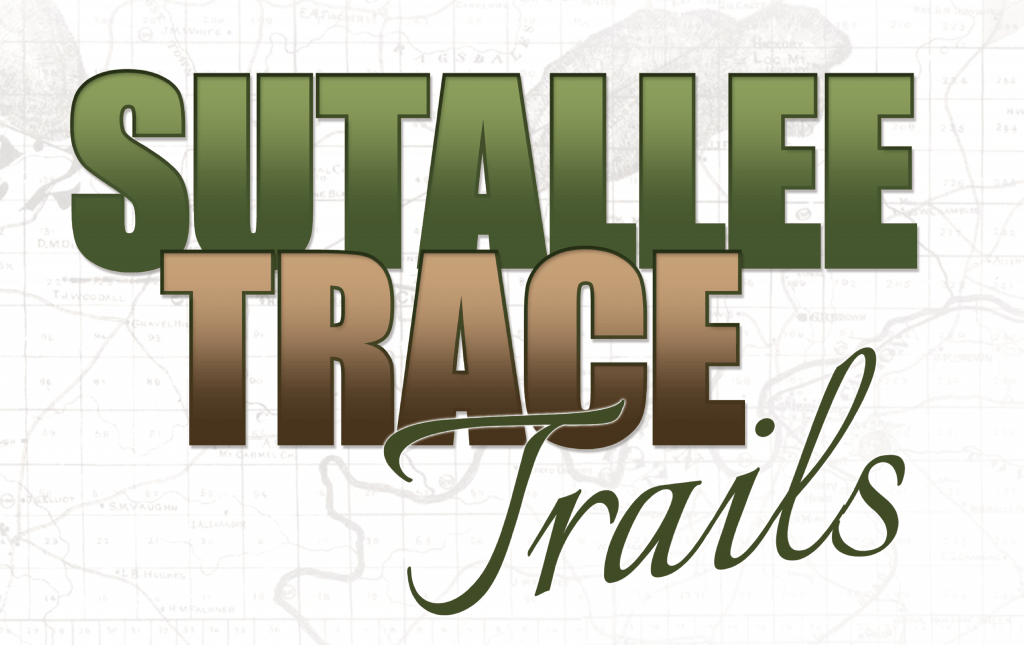 As a youth in the 1950s, Dan Owen, now the trail system liaison, was a member of Boy Scout Troop 142, a forerunner of the current Troop 241. Troop 142 gave Dan a foundational love of hiking, backpacking, and being in nature. “After returning to Canton following college and a stint with the Air Force, I was invited to assist with an Appalachian Trail backpacking trip with Troop 241 in the early 1970s,” Dan recalls. He continued assisting with troop events and was appointed scoutmaster when former leaders Al Schwamlein and Charles Raines were no longer able. “I ‘retired’ as scoutmaster some ten or fifteen years back but continue to assist the troop committee and act as a liaison for trail work,” Dan says.

When America celebrated its Bicentennial in 1976, so did various groups and organizations in Cherokee County. Part of the planning process for the bicentennial project involved the reprinting of the 1895 map of Cherokee County, the first official map. Earlier in the year, Dan and members of Canton’s Troop 241 had been out camping on former Jones Mercantile land, wandering around the empty wooded areas in what is now the middle of the Fairways of Canton Golf Club. As they enjoyed the peaceful sounds of nature and forged their way alongside the Etowah River, the troop discovered what seemed to be parts of an old road.

“The 1895 Cherokee County map clearly showed a roadway on the north side of the Etowah River connecting Canton to the Sutallee community, long before the waters of the new Allatoona Lake covered much of the land area,” Dan explains. Intrigued by history and nature, Troop 241 approached the Bicentennial Commission to request permission for the Scouts to establish a nature and historic trail along the historic roadway. Along with assistance from consulting attorney Mike Bray, the troop secured approval and landowner permission to start the trails. Dan shares, “As far as we know, the Scout Trail project and the Cherokee County Historical Society (History Cherokee) organization are the only two Cherokee County Bicentennial projects that remain.”

Early on, Dan and the troop continued to research the history of the land and explore the areas for the trails. The old roadway was unnamed on the 1895 map, so the troop coined the name Sutallee Trace because the land reminded the group of the famous Natchez Trace, a 444-mile recreational road that passes through three states. “We said, ‘This looks like the Natchez Trace here . . . and it goes through Sutallee . . . so let’s call it the Sutallee Trace,” Dan explains.

The land is mostly owned by the U.S. Army Corps of Engineers and the Cherokee County Water and Sewerage Authority (CCWSA). Contractual agreements with the Corps and CCWSA were required for the troop to gain permission to build trails on the land, but there was a small hiccup: Boy Scout troops are not a legal entity. They operate under an approved sponsoring organization. Undeterred, Dan and Troop 241 decided to self-sponsor by forming a nonprofit Georgia corporation, Scouts Canton, Inc. The corporation then served as the figurehead for all necessary agreements in making the trails a reality. From there and for the past forty-five years, the group has blazed trails, built bridges, and made a large tract of western Cherokee County accessible to the public.

In the years since beginning the project, Dan has learned a great deal about the rich history of the area the trails traverse. History books tell us that around the year 1540, Spanish conquistador Hernando de Soto explored the area of Northwest Georgia. After that time—it is uncertain exactly when—European Americans settled the area known as Sutallee, derived from Sutali, the Cherokee word for six. The settlement in Western Cherokee County revolved around the Etowah River.

Today the Sutallee Trace is the remnant of a long-abandoned roadway that once passed through that community. The land around the trace was first inhabited by Cherokee and Creek Native Americans who lived on the land for hundreds of years prior to the arrival of European immigrants.

In the past two to three years, a newly formed group of dedicated and local trail enthusiasts called the Trace Trail Stewards have assisted Dan and Troop 241 in caring for the Sutallee Trace. The group began when Mike McCoy, a local resident and frequent runner of the Trace Trails, noticed trees down across trails or leaves that needed clearing from his beloved trails. “I’d bring out my chainsaw and cut up the tree—no big deal because I cared about the trails and enjoyed being out there,” Mike says. After several months of clearing and maintaining the trail on his own, he realized the need for other volunteers. “Around the trailheads, I posted signs asking anyone who wanted to get involved in trail maintenance to meet at the Frank Stone Bridge in Boling Park where the trails start,” Mike recalls. “At that first meeting there were twenty people, so that was the beginning of the Trace Trail Stewards.” The Trace Trail Stewards operate under the auspices of Boy Scout Troop 241 and intend to preserve the natural beauty of the Sutallee Trace wilderness.

“The Boy Scouts have done so much for these trails over the years, but when they aren’t available to care for the trails, the Stewards step in and take care of keeping the trails clear and nice,” says Mike. Along the routes, you’ll see various references to Troop 241, through bridges they’ve built and maintenance they’ve done. Scout Troop 241 remains the legal entity behind the Trace Trails, while the Stewards are a supportive volunteer group. Dan explains further, “You might say it’s almost like a hamburger franchise. The Scouts have a franchise over the trails. Because we are the entity that holds agreements with the landowners, we become responsible for the land the trails go on and what can and can’t be done.”

The trails include the White Trail, or Trace Trail, which roughly follows the old Sutallee Trace road for about four miles. Two miles in length, beginning and ending at Hightower Church, the Green Trail is the only loop trail in the system. The Yellow, Orange, and Purple trails are all connector trails. The Orange Trail was considerably damaged by clear-cutting along Shoal Creek Road in 2020, but the Trace Trail Stewards plan to restore the path. All trails other than the Green Trail are linear, out-and-back trails that don’t end where they began. Hikers must retrace their steps or take connecting trails to get back to where they began, which can add considerable distance to a hike. Dan and the Trace Trail Stewards hope to blaze more loop trails along undevelopable river wetlands.

Cell phone service and GPS tracking can be lost in remote areas of the Trace, so bringing a compass and paper map is always a best practice. It is also important to be aware of hunting seasons, especially deer-hunting season when hiking on Corps of Engineers land.

The rich history of the area continues to be a point of interest for both Dan and Mike, who are always seeking to learn more about the trace and its origins. The Sutallee Trace Trails provide access to largely untouched beauty in our rapidly growing community, and the stewards plan to keep the trails intact even as Cherokee becomes more urbanized.

When you’re in need to get away from the hustle and bustle of daily life, consider a walk through the woods in Cherokee’s backyard.

Volunteer with the Trace Trail Stewards

Find more information about the history of the Sutallee Trace and the Etowah Trails at EtowahHikingTrails.org.