Finding Tranquility in the Arts 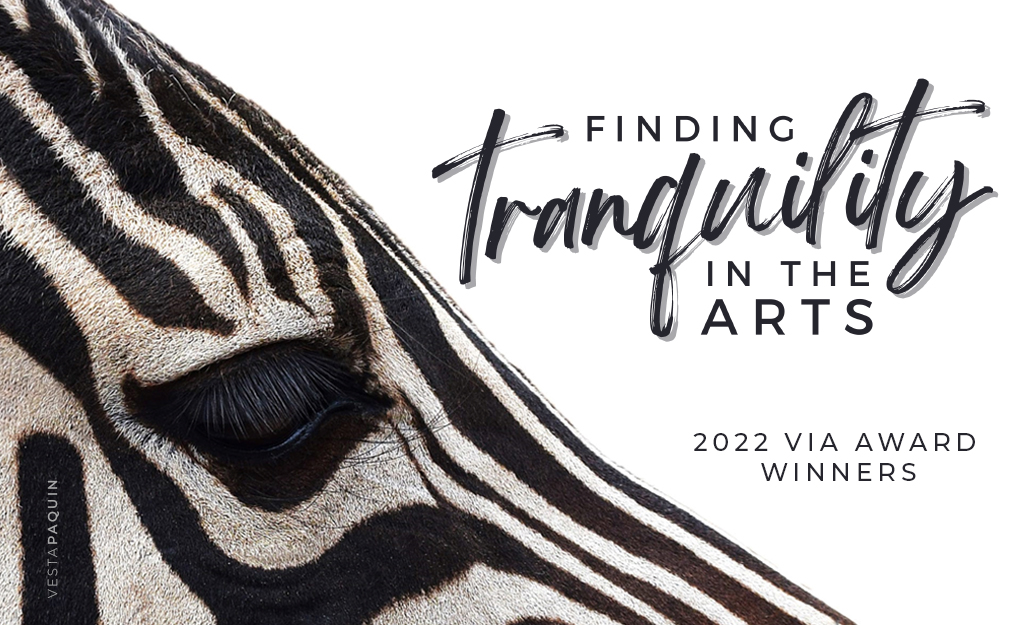 Since opening its doors in downtown Woodstock in January 2021, Tranquility Fine Arts gallery has operated on the belief that “art inspires hope, comfort, and purpose.” The gallery provides space for fine artists to exhibit and sell their paintings, sculptures, and photography.

Shannon Barnes, who owns the gallery with her husband, Mike, is an artist in her own right, following in her father’s artistic footsteps. She is also a licensed and board-certified professional counselor and founder of Tranquility Counseling Services. With the growing prevalence of art therapy as a treatment option for people struggling with mental health, it comes as no surprise that the overarching theme of tranquility applies to both of Shannon’s professional endeavors. In her work with the gallery she has provided a platform for artists to share their original creations with art enthusiasts and collectors.

In September the gallery honored twelve of its featured artists in the inaugural VIA Awards, a spotlight on Very Influential Artists in categories that included visual arts, performing arts, and written arts. Shannon says, “The artists who were honored at the VIA ceremony were chosen because they have put in the hard work and dedication needed to achieve a higher skill set while also focusing on planting seeds in the lives of others.” Among the artists celebrated during the ceremony were seven local artists and five from across the country deemed to have reached the Top of the Mountain, the theme of the year’s ceremony. 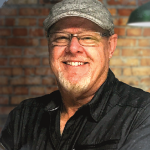 After a forty-year career as an art director and creative director in advertising, Steven Lester shifted his focus to fine-art painting, for which he was recognized during the VIA Awards ceremony. As a contemporary narrative painter, Steven specializes in portraiture and figurative work, along with landscapes and still-life scenes. He works most often in acrylics, sometimes incorporating collage into his paintings. While he has received international recognition for his talent, he acknowledges the importance of having a local outlet to feature his art and the works of other local talents. Steven says, “I have been blessed through the years to have won more than a hundred regional, national, and even international awards, but I could not seem to get much traction in the place where I lived. A little over a year ago I was invited by Tranquility Fine Arts to be represented in its gallery, and since that time, my exposure and reputation have expanded, and my work is now in four area galleries.” In addition to thanking gallery owners Shannon and Mike for reaching out to him in the early days of the gallery, Steven thanked his wife, Rosemary, for her support and for believing in him. 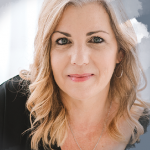 The VIA Awards Visual Arts category recognized abstract expressionist Patty DelValle for her work. She shares, “I’m sincerely grateful to Tranquility Fine Arts for choosing me as a recipient of its VIA award. It’s my highest goal as an artist to share joy and hope through my paintings. Tranquility not only gives me the opportunity to do that [but also] honored me for doing what I love—that’s really special.” Patty turned her lifelong love of art into a career nearly six years ago, and her work has since been featured in galleries in Georgia and in her home state of New York, where she was born and raised on Long Island. She now works out of her home studio in Woodstock, where she uses an intuitive approach to creating. She explains that her work often features “gestural mark-making, abstracted shapes, and serene color stories.” Abstract florals are a frequent theme for Patty’s pieces. In addition to being recognized by Tranquility Fine Arts during the awards ceremony, Patty was also recently one of the gallery’s featured artists, exhibiting new works in both acrylic and acrylic mixed media. 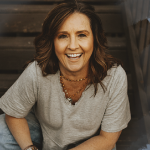 In the Written Arts category, author Gwen Brague of Woodstock was honored for her best-selling memoir The Beautiful Ugly Truth released by Two Penny Publishing in August 2021. Gwen’s work draws on her personal experiences and centers on recovery following betrayal and loss of trust in marriage. “The Beautiful Ugly Truth was written during a season of my life that was very difficult. There is no better feeling than to paint pictures with words in hopes to help others heal. Giving to others made all the madness of that season make sense,” explains Gwen of her motivation to share her story. Since the original book release, Gwen followed up with The Beautiful Ugly Truth Study Guide, a corresponding Bible study guide released in August, and also cofounded Reconnecting Lives Ministries with her husband, Mark. During the ceremony she was supported by Mark, whom she thanked and credited for his role in their journey toward recovery and saving their now thirty-year marriage. 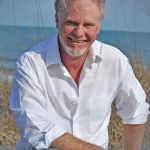 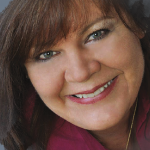 Shannon calls photography duo Daniel Robertson and Vesta Paquin, both of Woodstock, the gallery’s “power couple.” Honored at the awards ceremony for their work behind the lens, the couple runs Daniels Photography, specializing in wedding photography and portraiture. While Daniel studied commercial photography in Atlanta and has been featured in bridal magazines, Vesta’s interest in photography began as a hobby along with her love for painting, ceramics, and woodworking. Vesta credits Dan with reigniting her love for photography. During the awards presentation, Shannon revealed that Dan and Vesta, set to tie the knot in 2023, will be their own wedding photographers. 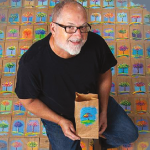 Woodstock artist Marlan Yoder was recognized for his work in the visual arts category of painting. Like many of the other Very Influential Artists awarded during the ceremony, Marlan’s interest in art began at an early age and was born from natural talent. At fourteen Marlan painted his first piece—a portrait of the legendary Paul McCartney—with oil paints borrowed from his older brother’s art supplies. It would be another twenty years before Marlan pursued art as something more than a hobby. In that time he discovered the works of Jackson Pollock and drew inspiration from Pollock’s abstract expressionism. This influence is most notable in his Ode to Pollock collection but also evident in his Tree of Life series and Pear de Faberge, a recent work displayed at the gallery. Of the ceremony Marlan says, “The work of an artist can be a lonely endeavor, so rubbing shoulders with my peers at the ceremony was a rare joy.” He also acknowledged the benefit of partnering with the gallery. “Shannon and Mike at Tranquility Fine Arts have been great to work with. They put the artists first, which is not always the case with galleries.” 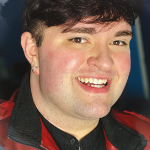 A highlight of the ceremony was a performance by Waleska native Joey Mangum, fittingly honored for their work in the performing arts. Singing “Someone To Fall Back On” written by musical theater composer Jason Robert Brown, Joey filled the room with their voice and captivating stage presence.

The KSU-grad is no stranger to stages both big and small, having been among a group of students selected to perform with Tony- and Emmy-Award-winning actress Kristin Chenoweth at a gala for Atlanta’s ArtsBridge Foundation. During their acceptance speech, Joey—who identifies as non-binary—acknowledged the importance of recognition and visibility in the arts and beyond. Specifically they want to help others in the LGBTQ+ community feel represented in a way they weren’t represented while growing up. For Joey especially, the VIA Awards were a chance to quiet the little voice that says, “You’re not good enough.” While in KSU’s Theatre and Performance Studies Department, Joey was active on stage and ready to pursue a postgrad career on stage, but the pandemic rocked the world and had a devastating impact on the performing arts community.

Many artists find their voices through their art, and for performing artists like Joey, the inability to pursue their art left them struggling with their mental health. Of that time Joey reflects, “With COVID the world was holding its breath, and the suffocation started to smother me. My mental health declined, and so did my ability to believe in myself as an artist. Within a couple of years all the confidence I had fostered in school was unlearned, and I was back at square one. Everything felt unobtainable, and it was almost as if my passion for music and acting—something I had been dreaming of doing for over twenty years—had wandered out of reach as well.” Joey cites their performance during the ceremony as “a reminder of why I enjoy performing.”

A natural introvert, Joey uses music and performing as a way to connect with others. “When I sing I get a feeling almost like brushing souls with people. I feel like on some transcendental level, regardless of how we’re the same or different, there’s a visibility. I see and understand everyone in the room, and at the same time they all see and understand me. It’s powerful stuff, and I don’t think I can properly thank Tranquility enough for believing in me and reigniting that spark.”

Art with a Purpose

In addition to the local artists honored during the ceremony, five artists from across the country were also recognized for their contributions to the arts: Karen Martin of Ohio, Travis Walker of Texas, Adam Sensel of North Carolina, Kimberly Egarian of New Jersey, and Varini Kadakia of California. At thirteen Varini was the youngest award winner of the evening. While several of the out-of-state honorees could not travel to attend the ceremony, painter and sculptor Karen Martin was in attendance to receive her award and thanked her family and friends for being her cheerleaders. She also spoke about the support of fellow artists and the significance of gathering with such a talented group of artists.

The gallery plans to continue spotlighting artists locally and nationwide who share the gallery’s mission of inspiring hope, comfort, and purpose in the lives of others through the arts. Shannon shares that next year’s awards “will focus on art with a purpose.” Nominees are currently being accepted for the 2023 VIA Awards on the gallery website, TranquilityFineArts.com. 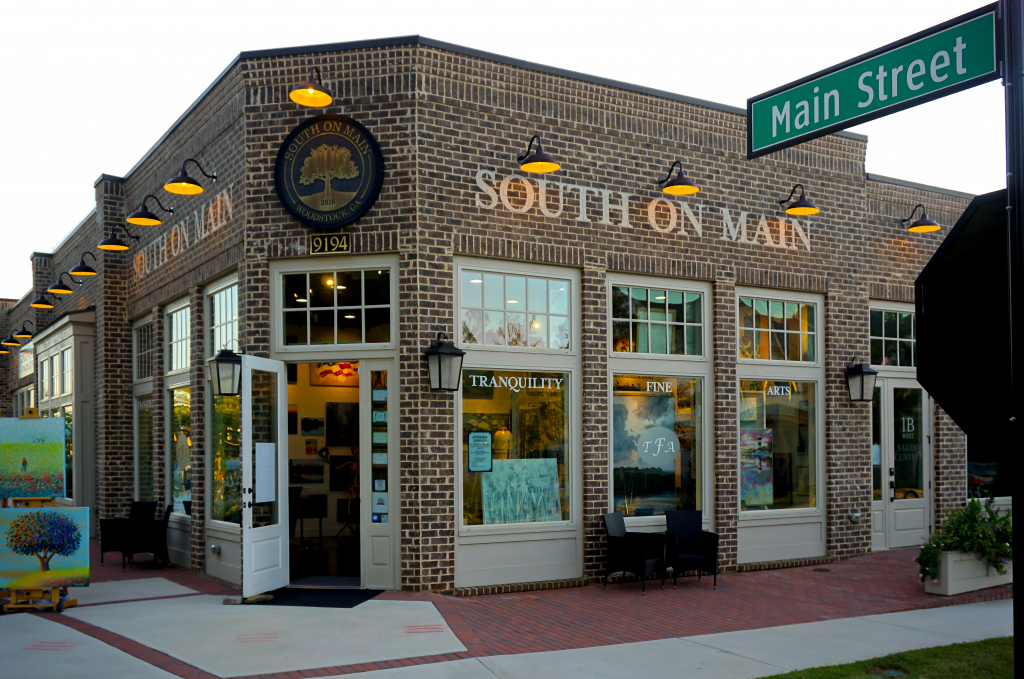 Made From the Heart

Judaism Lights the Way to Art

Art From the Heart