Alzheimer’s Isn’t Stopping. Neither Are We. 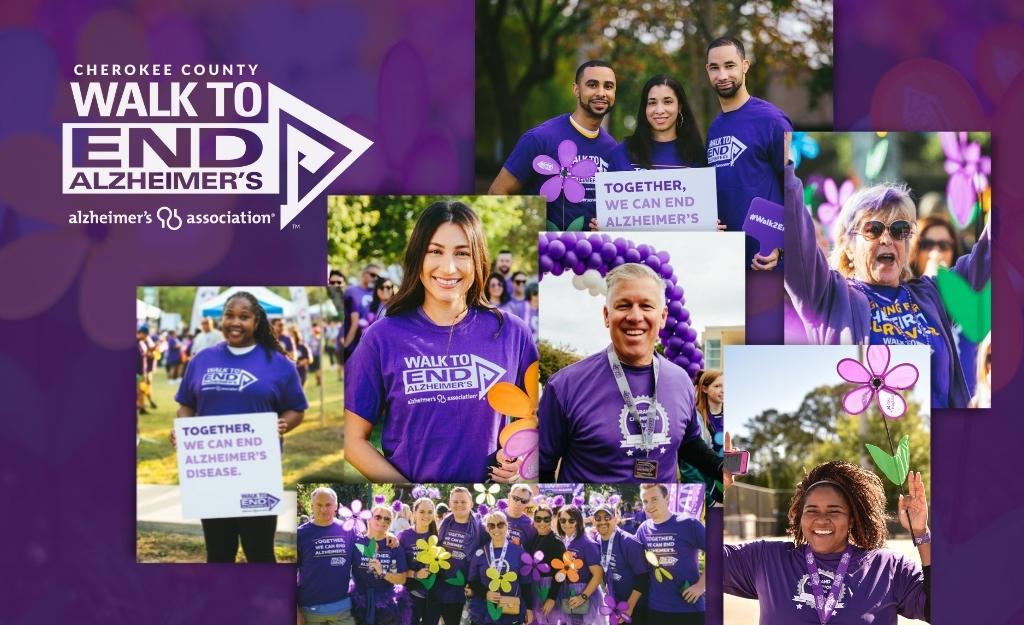 Cherokee County’s annual Walk to End Alzheimer’s event takes place Saturday, October 29. Among its biggest local supporters is Marine Corps veteran David Snyder, a passionate advocate for veterans and for families dealing with Alzheimer’s disease, as he fits into both categories.

David is the director of Cherokee Veterans Community, the military ministry at First Baptist Woodstock, and also the primary caregiver for his beloved wife, Barbara, who was diagnosed with Alzheimer’s disease three years ago. With both causes dear to his heart, he tirelessly rallies the troops to participate in Cherokee County’s annual fundraising event.

“This is personal to us,” David says. “Veterans have a six to ten percent higher incidence of developing dementia than the general public. More than ten percent of our group is affected by Alzheimer’s in their families.”

David says his military and medical backgrounds–he was a paramedic for more than twenty years–drive him to want to help people. “I feel totally useless as a caregiver as far as changing the outcome, but I can raise money to help find a cure. Because of my connection personally and my connection militarily, I want to see something happen,” he says. David definitely does his part to see something happen. He recruits team members and raises donor dollars through an online campaign that brought in more than $2,500 through the team’s donation page in just the first few weeks of the campaign.

You are not alone

“The families and people around the person living with Alzheimer’s are giving care, service, and sacrifice that they didn’t sign up for. It makes me feel good that I am able to do something that can help them in that service,” David says, adding that his biggest hopes are for others to recognize the need, support it, and find a cure through that support.

David says, “Many people don’t understand they’re not alone. The frustration, the anger, the sadness, all of it-–many people are dealing with the same thing.” His message to families dealing with Alzheimer’s is a simple one: “You are not alone.”

Last year Georgia had nearly 6,700 individuals walking together toward a common goal: to end Alzheimer’s. Nationwide the association raised almost $2.1 million for Alzheimer’s research and support in 2021. This year the association hopes to surpass those numbers, benefiting more families and providing increased funding for critical research regarding treatment, prevention, and someday a cure for Alzheimer’s.

Click here to view the upcoming Walk to End Alzheimer’s event details on our calendar and learn how you can participate, volunteer, or donate.